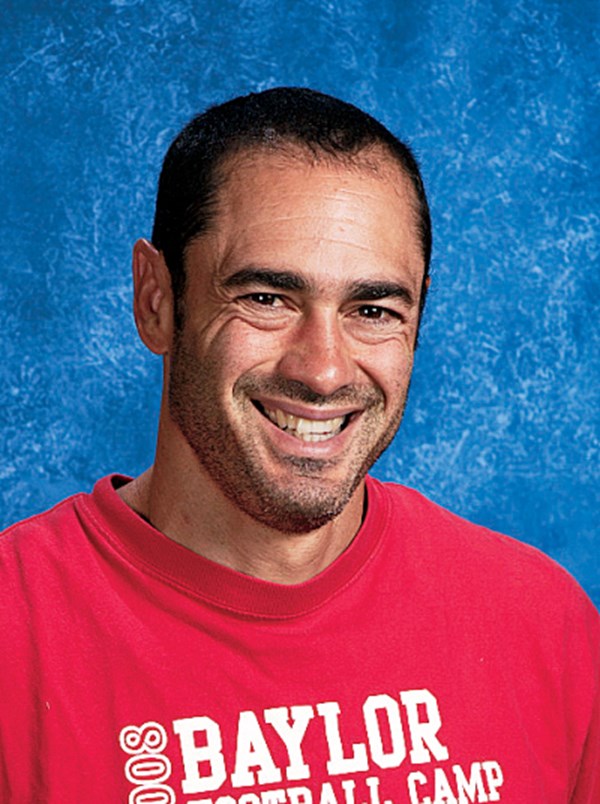 Julian Kaufman was born in Georgia “but made in Italy.” Julian’s mother delivered him only a few days after arriving in Atlanta from her native Florence. It was not an easy transition; they had few resources and difficult circumstances, but his mother modeled a strong work ethic and positive view.

Julian was a dedicated student and athlete who played varsity football, wrestled and ran track in high school. He received a football scholarship to Furman University, where he played defensive back and earned a BS in health and exercise science. He also met his wife, Mary Elizabeth, there. Julian earned his master’s degree in education and curriculum instruction from Covenant College. He also holds certifications in USA Track and Field and through the NSCA as a strength and conditioning specialist. He is the only coach in Tennessee who has earned EPIC rating certification to perform combine training and testing.

In 1993 Julian and Mary Elizabeth moved to Chattanooga, her hometown, and Julian began his coaching career. He has taught biology, wellness, and strength and conditioning, and he has coached football, wrestling and track. In 2005, Julian opened Fitness Together, a personal training studio in North Chattanooga.

Julian and his wife have three children - Kate ’14, Porter '21, and Julia Lilliana. In addition to spending time with his wife and children, Julian enjoys sports, gardening, cooking—and Italy. “I love everything about it: the landscape, language, architecture, art, and food.”

Julian and his family travel to Italy as often as possible, but they are also happy with their life in Chattanooga. “When I think of what I had and then see what my daughter is experiencing at Baylor, it’s phenomenal,” said Julian, who does all he can to encourage his students to appreciate what they have and seek ways of giving back. “I see how special Baylor is every day, and I’m grateful for it. It’s a great privilege and honor to be part of the school.”