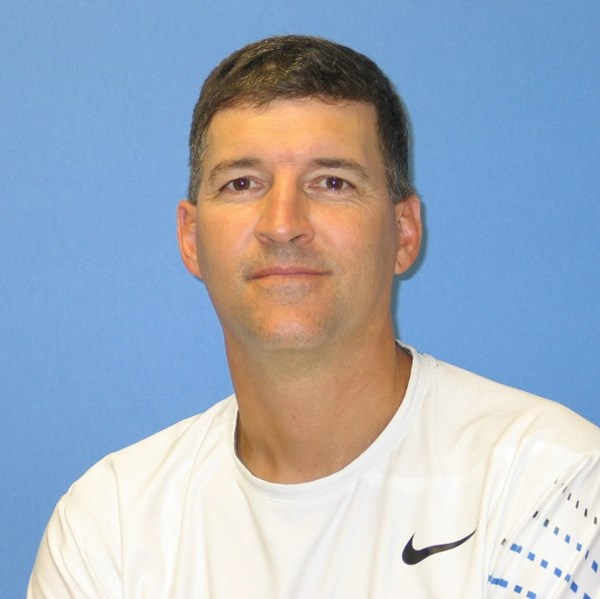 Ned Caswell attended Furman on a basketball scholarship, but it was tennis that became his passion during his career there. After graduating with a BA in business administration, Ned joined the ATP (Association of Tennis Professionals) circuit. During a four-year career, he had wins over Pete Sampras and Patrick McEnroe and was robbed of a win by the antics of John McEnroe.

When Ned and his wife, Wendy, were ready to start a family, John left his pro career to coach for six years at Anderson College, during which time the team won a national championship. When Ned became the father of twin daughters, Harper ’14 and Samantha ’14, he left college coaching—and all the travel it entails— for club tennis.

After a stint at the Fairyland Club, Ned became the head pro/general manager of Manker Patten Tennis Club in 1994, and he continues in that role. His involvement with Baylor tennis, which dates back to 1997, evolved into Ned’s second full-time job as Baylor’s Director of Tennis.

In 2000, Ned was ranked #1 in the world for players 35 and over. When he is not spending time with his family or his students, Ned is watching tennis, talking about tennis, playing tennis, or coaching tennis. He also likes to read and attend Baylor functions.

“I always wanted to coach. My Furman coach is still one of the most important people in my life; he was so influential, and I wanted to do the same for others,” said Ned. “When you coach in high school, you can help people make good decisions. The beauty of being at Baylor is that I know the students from sixth grade on and have a chance to make a difference.”