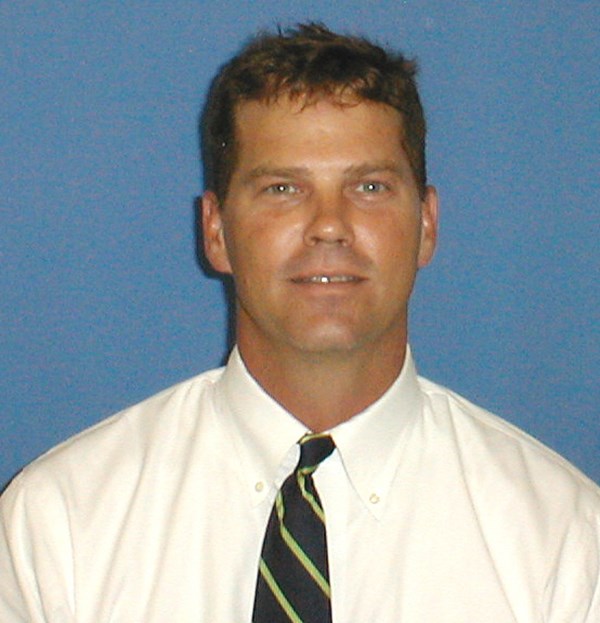 Intro
After earning his law degree, Caldwell worked for seven years in private practice and two years in the DA's office. But he felt God was calling him elsewhere.
Biography

Caldwell grew up in Lafayette, Louisiana, attended the summer camp of Baylor alum Chris Moore, and seriously considered attending Baylor as a student. Instead, he stayed home and played tailback for his high school football team.

After earning his law degree, he worked for seven years in private practice in Chattanooga and for two years in the DA's office. But he felt God was calling him elsewhere, and when he heard about a teacher shortage at Red Bank Elementary School, he phoned the principal and quickly found himself teaching fourth grade. (He remained at Red Bank for three years.)

Caldwell and his wife, Shelley, have three children: Caldwell, Grayson, and Crosby. Caldwell says that being with his children "brings out the best in me." He also enjoys gardening, reading, watching movies, riding his bike, and cheering for LSU.