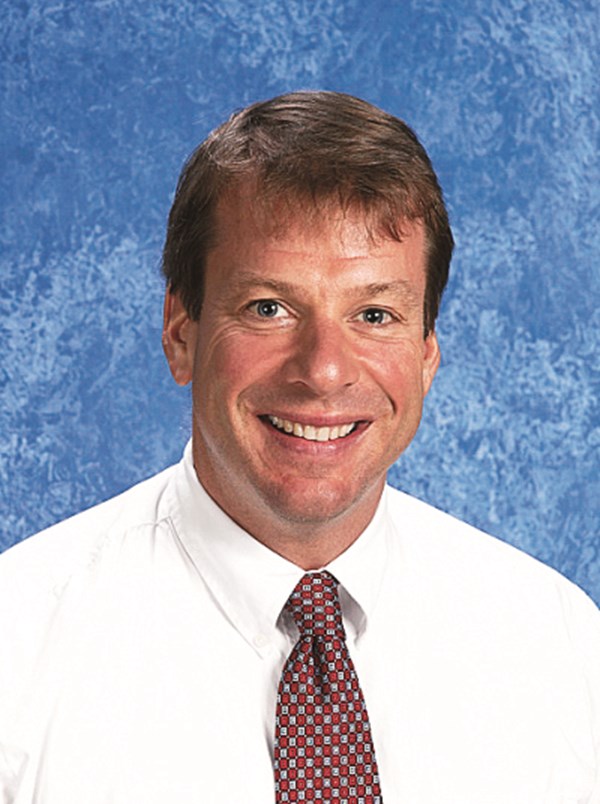 Dan Flack was happily running a nationally-known swim program in Raleigh, N.C. when he was approached to head swimming at Baylor. He was happy in Chapel Hill, he had earned his BS at UNC, and “I had a lot of sweat equity in the program.”

But Dan is a father; he has a daughter, Julia '21, and a son, Sam. “The opportunity to have them in a school like Baylor was huge. I went to a private school, and I get it.” Dan was recruited to swim at Germantown Academy in his native Philadelphia by then up-and-coming Olympic-caliber coach, Dick Shoulberg. Dan was a five-time Prep School All-American there and went on to co-captain the Atlantic Coast Conference Champion UNC team. He was also on the Atlantic Coast Conference Honor Roll.

Dan has held coaching positions at aquatic clubs in Providence, R.I. and Baton Rouge, La.; he worked alongside his mentor, Coach Shoulberg, for a year at his alma mater and was later an assistant coach at the University of Georgia. Dan’s coaching philosophy is “excellence through individuality.” He looks at each student as his or her own entity. “I find out makes them tick, what works for them, and then give it to them.” Dan calls his role at Baylor “the job I’ve been groomed to do.”

With the construction of the area’s only indoor 50-meter pool and Dan’s leadership and experience, the school has re-established itself as a swimming powerhouse. The program draws interest from students around the U.S. and the world, and Dan is proud of what he can offer prospective students. “Of course the pool is nice, but if you’re not producing results, you’re not going to be noticed. And I would match Baylor’s academics with any other swimming powers out there,” he said. But what Dan is proudest to promote is Baylor’s family atmosphere. “There are a lot of eyes looking out for your kids here. It’s like an old Philadelphia neighborhood.”