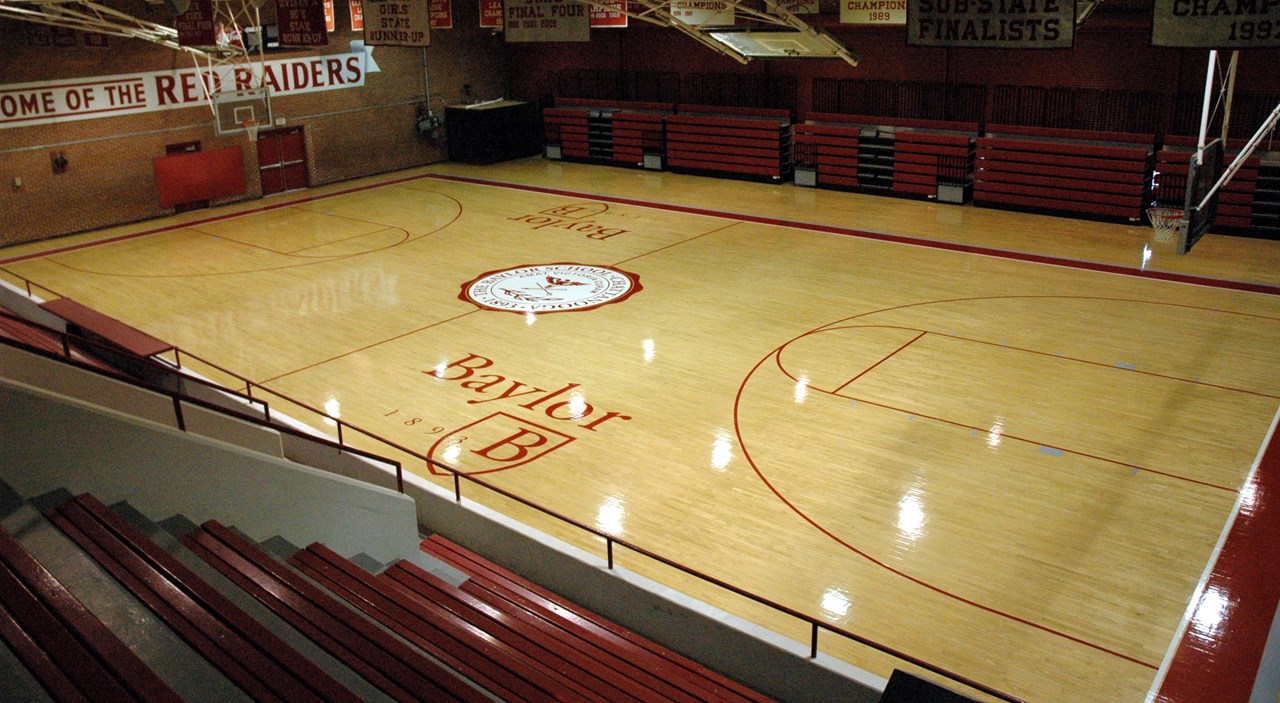 Duke Arena, where Baylor plays its home varsity basketball games, was first used by Baylor’s basketball team during the 1949-50 school year. It is one of the oldest basketball arenas in the area still used by a varsity high school team.

Despite its age, it is beloved among Baylor supporters for its uniqueness and usefulness. An unusual feature of the facility is the raised and steep seating area on the home side.

The facility was originally named Memorial Gymnasium. Among students and coaches, it was also called the new gym to differentiate it from the old gym that is now part of the music building.

During the 1988-89 season, after former Coach Jimmy Duke died of cancer in 1987 while still employed at the school in the admission office, the gym was renamed in his memory.