Heywood Stadium, named for Baylor's longest tenured head coach "Humpy" Heywood, has been home to some of the most storied football teams in Tennessee sports history, including the 1973 State and National Champions, and state runners-up in 1972, 1977, 2010, and 2011. The artificial field turf is named after legendary coach E. B. "Red" Etter. The surrounding mountains and the nearby Tennessee River make "Heywood/Etter" an inspiring setting for high school football on a cool fall evening.

Baylor has varsity and junior varsity teams for Upper School students, and fields three teams at the Middle School level for grades 6-8.

Baylor competes in the TSSAA's Division II AA, perhaps the toughest football league in the state.

The story of Baylor football is among the richest histories of any high school team in the South.

Over 100 years of Baylor football, season by season.

A listing of the greatest to play football at Baylor.

Baylor has had 17 head football coaches since 1908. Here is the complete list.

Nick Tiano ’15, a former quarterback for the Baylor football team, has signed a contract with the National Football League’s Houston Texans.

Nick Tiano '15 was named the Most Valuable Player of the NFLPA Collegiate Bowl played Jan. 18 in the Rose Bowl.

Six Baylor seniors signed scholarships or similar agreements to play football at the college or university of their choice on National Signing Day. 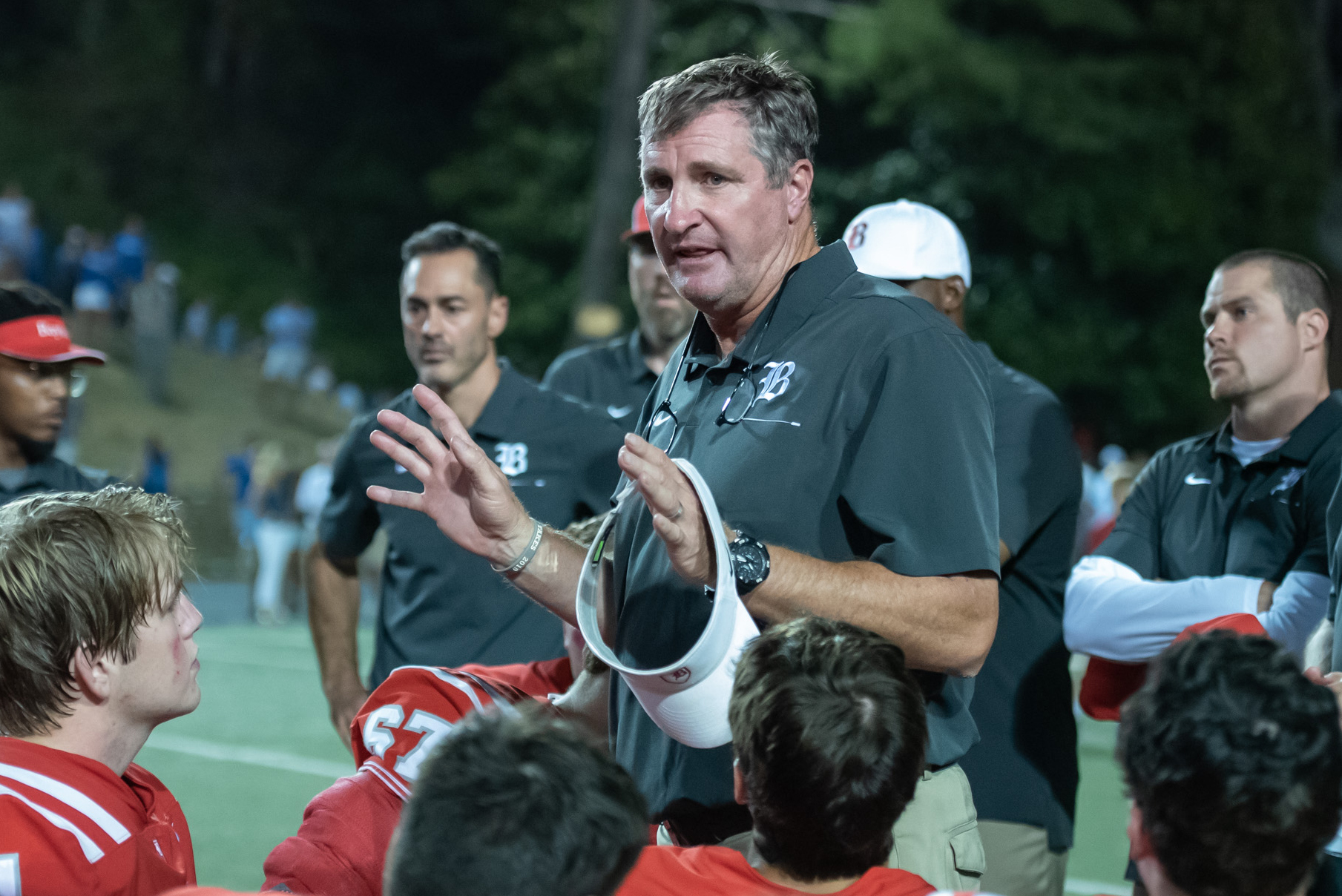 Phil Massey, head football coach at Baylor since 2006, grew up in Memphis and lettered in football, basketball, baseball, and track, and was All-State in all four. He was named to the Parade Magazine All-American Team as a senior and played collegiate football at Baylor University where he was a member of the 1983 Bluebonnet Bowl team.

Massey began coaching football in 1986 and has been a part of two teams that won state championships and four more that were state runner-up. He has taken the Baylor squad to the state championship game twice, finishing runner-up both times. His Raider teams have also advanced to the state semifinals four times and to the quarterfinal round five times.

“As a coach at Baylor, I get to connect with athletes of all ability levels and backgrounds,” says Massey. “It’s also great to have such great facilities that help our athletes achieve their goals. That sense of achievement is important to growing their confidence.”

When talking about his coaching philosophy, Massey is short and to the point. “Simple, Sound, Fair, and Compassionate,” he says. “I like to keep it simple from a terminology standpoint and be consistent. I utilize sound systems that work best for me and for my players. I always treat players with fairness and honesty. And lastly, I want to get to know players in all phases of their lives.”