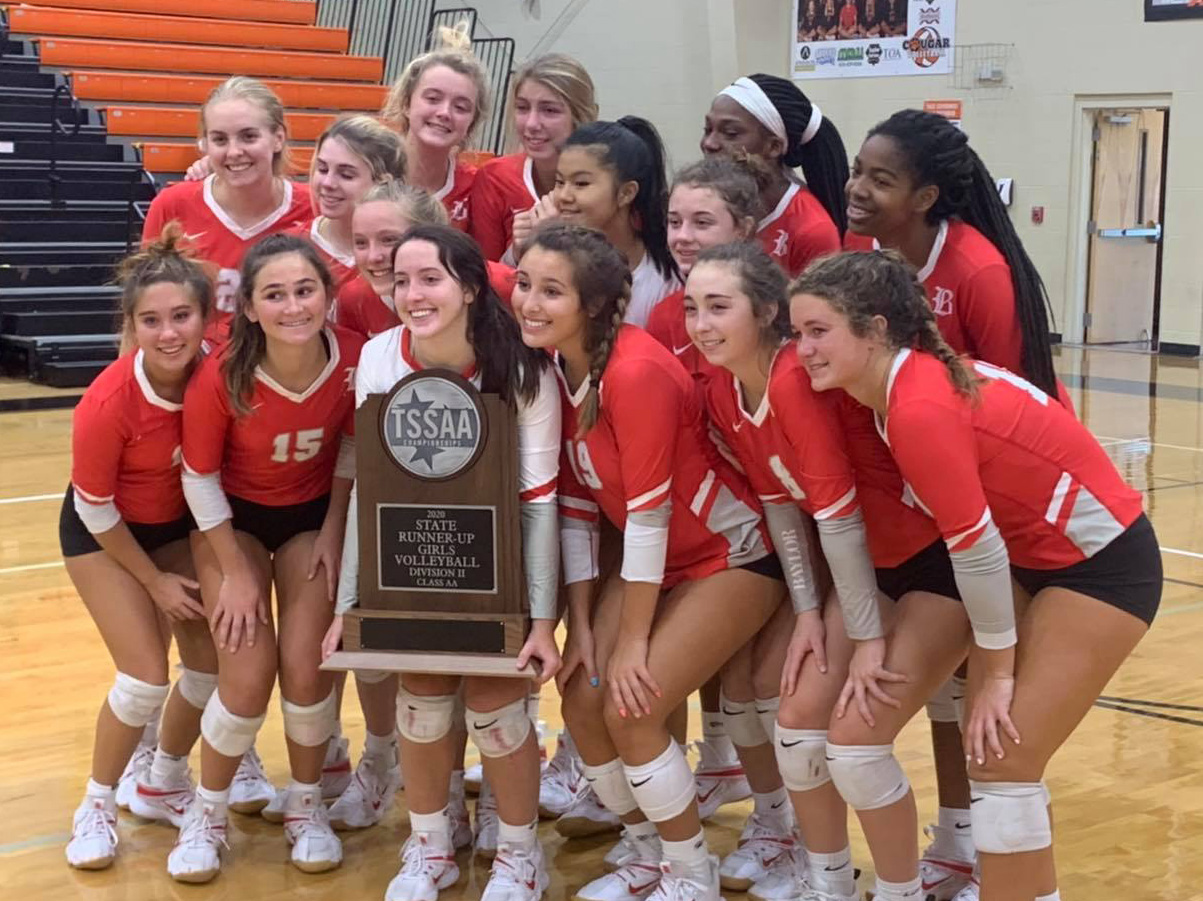 Briarcrest 3, Baylor 0. For the second time in three years, the Baylor volleyball team finished runner-up in the state, falling to dynastic Briarcrest 25-18, 25-12, 25-18, in the final match Thursday. It is the third straight state title for Briarcrest. The Raiders finish the season, truncated and interrupted by the COVID-19 pandemic, with a 12-6 record.

Baylor will lose six seniors to graduation this year who, over their career, posted a 120-31 record with three state finals appearances and one state championship.

"Our seniors have been phenomenal," Baylor coach Sarah Lail told the Chattanooga Times Free Press. "They have been such great leaders on and off the court and have kept our great tradition alive. Our entire volleyball program was here today, and they have a great group to look up to and follow."