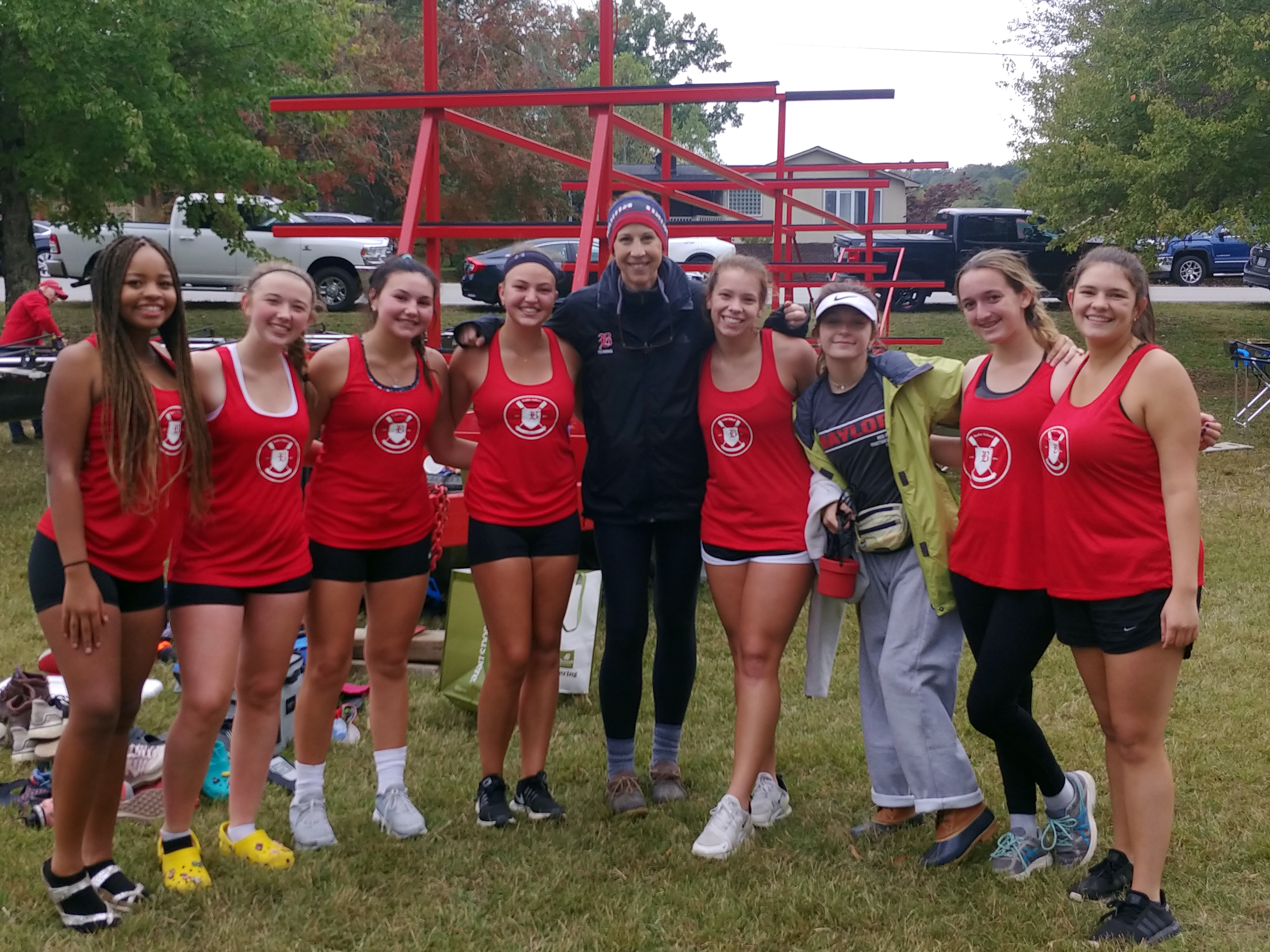 The Baylor girls crew team brought home medals in two races and recorded 4th place finishes in two others at the Secret City Head Race in Oak Ridge Saturday, finishing ahead of scholastic rival GPS in all but one race.

The girls novice 8+ took third place behind strong club teams from Asheville and Oak Ridge. This was not only the first race of the fall season for these rowers but their first race ever. The girls lightweight 4+ also took third place, medalling at Secret City for the second year in a row. In the varsity 4+, Baylor faced off against a number of strong club teams including Asheville, the fourth-ranked girls' team in the country. Baylor’s A boat took fourth place, beating the A entry from GPS by 43 seconds. The Baylor B entry came in eighth, also ahead of the B entry from GPS by over 90 seconds. In the varsity 8 race, Baylor’s A entry took fourth, 3.5 seconds behind GPS in a great race for third. Baylor’s B entry was second among all B boats and eighth overall, one minute faster than the B entry from GPS.

"This was one of the best overall performances ever for the team at a fall race," said Baylor coach Anders Swanson. "It's a good sign of both the speed and depth of the program."