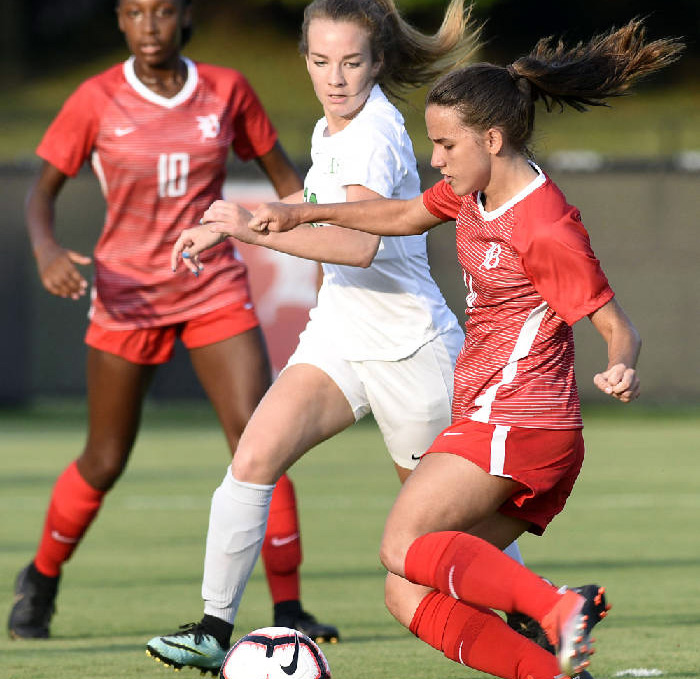 "I am proud to be here to help this team," Oliveira told the Chattanooga Times Free Press. "This win came down to group work. My teammates helped me. It was a good start and I think this season is going to be a good one for us."

Zoe Stalvey and Bella White added late goals for the Raiders whose defense, sparked by Gracie Mae Banks, did not allow the Hurricanes a shot in the first half. Baylor, in contrast, put 21 shots on goal, nine coming from Aliya Cooper.

"Any time you put a Baylor jersey on, the expectation is for you to win a state title," Baylor coach Curtis Blair said, also to the Times Free Press, about his youthful team. "That is never going to change. We have some good upperclassmen. It's just trying to mesh some of those younger players in. Our senior leaders have helped bring those girls along, and they have great chemistry on and off the field."