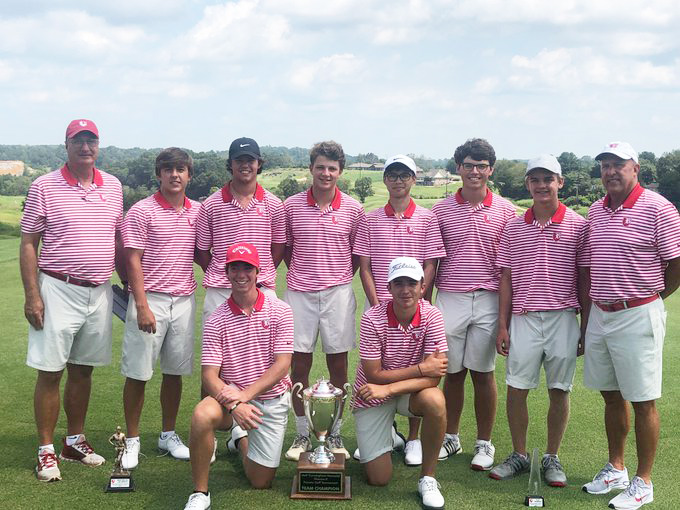 The Baylor boys' golf team, led by individual champion Sheldon McKnight, repeated as champions of the Matt Cunningham Preview Tuesday. The event was shortened due to an unsafe 105-degree heat index at GreyStone Club.

The tournament is played in memory of Matt Cunningham, a member of the Baylor Class of 2006, who played on four state championship teams for the Raiders and co-captained the team his senior year.

Baylor's boys and girls play in the Tennessee Golf Invitational at Fairfield Glade on August 23.

The Baylor boys' golf team is in second place, two strokes behind Montgomery Bell Academy, after day one of the two-day Matt Cunningham Preview at GreyStone. The tourney will conclude Tuesday.

Sheldon McKnight led the Raiders with a round of 68 followed by Matthew Tanrudee's 73, a 75 from Nathan Webb, 76 by Trent Davis, and Demi di Matteo's round of 78.