A three-year letterman in two sports and a four-year letterman in another, Lee Dyer '77 enters the Baylor Sports Hall of Fame as one of the most versatile and consistent athletes ever to compete for the Red Raiders. Lee was a key performer in football and baseball for three years, leading the Raiders to CIL and district football championships in both sports, while making major contributions to the Baylor swimming team in all four of his high school years. In between, he also tried his hand at basketball, track, and wrestling and was a starter for Baylor teams in all six sports his freshman year.

Lee was elected a captain of the Baylor football and baseball teams his senior year and was the recipient of the Alexander Guerry Leadership Award, Ted Nelson Best Athlete Award and the Tommy Mullican Award, given by fellow lettermen to a senior who exhibited character, leadership, and spirit. He was the first Baylor student ever to receive both athletic awards in the same year.

An honorable mention All-City football pick his junior and senior years, Lee was an All-City performer in baseball as a senior after missing his junior year due to a life threatening illness. That season, he hit .358 and led the Red Raiders with four home runs and 32 RBI. He hit grand slam homers in back-to-back games in the 1977 district baseball tournament. Lee signed a scholarship to play college baseball at the University of Tennessee at Chattanooga.

After his own athletic career ended, Lee began a new and enduring career as a football official. He was a TSSAA high school official for 12 years before joining the Southern Conference in 1989. His nine years in the SC ended with an appearance in the first Division I-AA national championship game, played in Chattanooga. Lee moved up to the Southeastern Conference and worked from 1998-2002, including the 1998 SEC championship game, the 2001 Fiesta Bowl, and the 2002 Alamo Bowl. During those five years, he officiated for the NFL Europe, culminating with the 2003 NFL Europe World Bowl. In 2003, Lee became an NFL official and has worked several Wild Card and divisional playoff games. 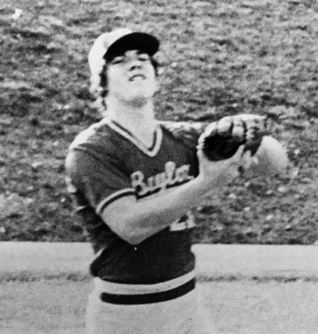