Buddy Fisher, who has been one of Baylor's most steadfast supporters since he graduated, was also a great asset to the school in his years on campus. A remarkable student, he was selected Most Outstanding Graduate of 1946, for which he was awarded a scholarship by the Dr. Pepper Bottling Company. Also an accomplished athlete, Buddy earned an athletic scholarship to Vanderbilt University.

His ability was evident at an early age. He was Baylor's seventh grade tennis champion and won both the golf and tennis championships in eighth grade. He was the first and only player ever to make the junior varsity basketball team while still in Middle School, and he was selected that year to the All-Tournament team. Buddy went on to letter in basketball each of the next four years. He was named All-Tournament, All-City, and All-Mid-South in both his junior and senior years, helping the team to dominate the Mid-South Basketball Championships in 1945 and 1946 (the first consecutive wins in school history and the first win since 1935).

Buddy also played varsity football and was named to the American Legion Football All-Star team his junior year. He was named an All-Star again as a senior, when he was alternate team captain. That year he was also selected to the All-City and All-Mid-South teams, and, as holder of the school touchdown record for a season, was recognized as the Most Valuable Player.

When he wasn't playing football or basketball, Buddy applied his considerable athletic talent to varsity tennis, track, and golf. He lettered three consecutive years in golf as a member of the team that claimed Mid-South Championships in 1944, 1945, and 1946. 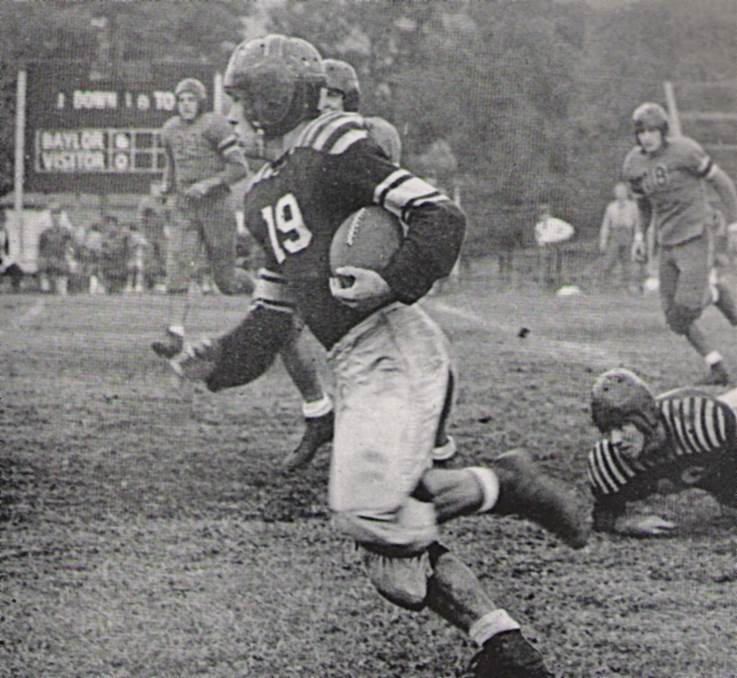