Humphrey Heywood came to Baylor in 1930 at a time when the country was reeling from the effects of the stock market crash of 1929. His contributions to the school, both athletically and administratively, are immeasurable.

As football coach from 1930-1960, "Humpy" had an outstanding record, including five undefeated and untied seasons—1940, 1944, 1947, 1955, and 1960. His career record at Baylor was 161-20-8, which stands as the "winningest varsity football record in Baylor history." He was named "coach of the year in 1955 for the Mid-South Association" by Coach and Athlete magazine. He was named to the advisory board of Prep Football magazine, and in 1959 he was appointed to the rules committee of the National Collegiate Athletic Association. In 1968, during the first annual National Football Foundation and Hall of Fame awards dinner, Coach Heywood received the Contribution to Amateur Football Award. It is not surprising that seven of his players were also inaugural inductees in the Baylor Sports Hall of Fame.

After he retired from coaching, "Humpy" turned his full attention to managing Baylor's business affairs. He also served as coordinator of all building projects at the school during his long tenure. Coach Heywood officially retired in 1973. 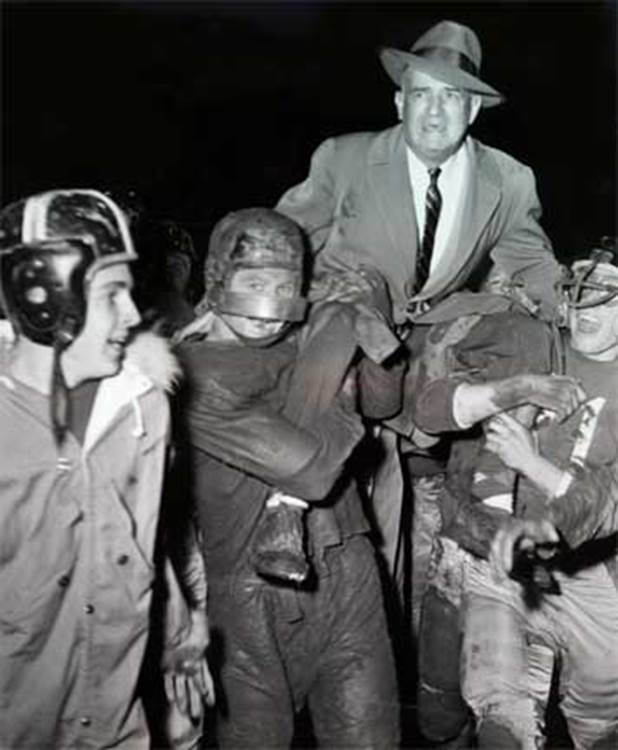