Andy Anderson came to Baylor from Northwestern Military and Naval Academy in 1948. He taught Latin, served as head of the foreign language department, and coached both golf and soccer. During his tenure as golf coach (1948-1980), Baylor teams won the Rotary Tournament three times, captured the Mid-South Championship two times, and were named City Prep champions on 12 occasions. His soccer teams' records were no less outstanding. During the years spanning 1948 through 1973, his teams amassed 14 Mid-South Championships and possessed a total win/loss record of 130-44-22.

Anderson was born in London, England and attended Alleyn's High School where he played soccer, cricket, and handball, as well as participating in boxing, tennis, and golf. He earned a B.A. degree in Latin and Greek at King's College and also played on the college's soccer team. He taught for four years before spending six years in the Royal Air Force (R.A.F.) as a flight instructor. He and his wife Patty are the parents of two daughters, Judy and Pam. He passed away on August 30, 2008 at the age of 96. 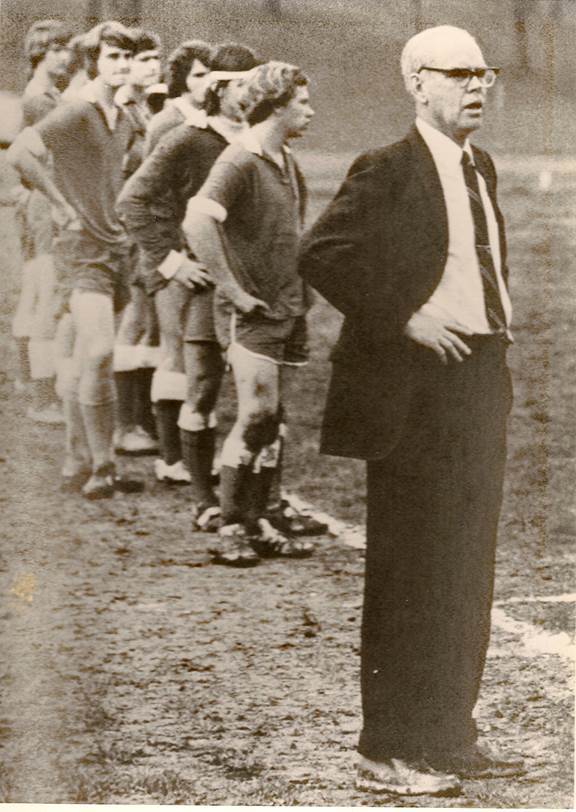