Although George Cushman came to Baylor as a junior, his athletic prowess and "fine and admirable character" earned him the O.B. Andrews Award in his first year, an honor for the best all-around man in school. He is remembered especially for the 1937 Mid-South track meet where, in a span of 90 minutes, George won the 100-yard dash, the 220-yard dash, the 440-run, and ran the anchor leg on the winning 880-yard relay team. In the mile relay, the final event of the day, George ran the anchor leg, starting out 70 yards behind the leader. He caught the leader but could not pass him, and finished second in the only event he did not win. George was also an outstanding halfback on the football team earning All-Mid-South and All-City honors. He led the 1937 team to an undefeated season in which they scored 376 points and gave up only 19. George was the leading scorer in the Mid-South Association for that year.

Upon graduation, George attended West Point Prep School and entered Georgia Tech where his athletic career was cut short when he was drafted into the U.S. Army during World War II. A commissioned 2nd Lieutenant, he participated in the invasion of North Africa and the infamous landing at Omaha Beach among other notable excursions. From 1946 through 1969, he commanded special weapons units in the U.S. Air Force, and he eventually was a member of the presidential Air Borne Command Post Staff. He is the recipient of the Bronze Star, French Medal of Freedom, Army Commendation Medal, Air Force Commendation Medal, a Purple Heart, and Fourragere from France and Belgium.

George and his wife of 56 years, Blanche, lived in Melbourne, Florida. They have three children: Page Adams, deceased in 1996; George H. Cushman IV; and Cassandra Moore Cushman. George passed away on Aug. 12, 2007. 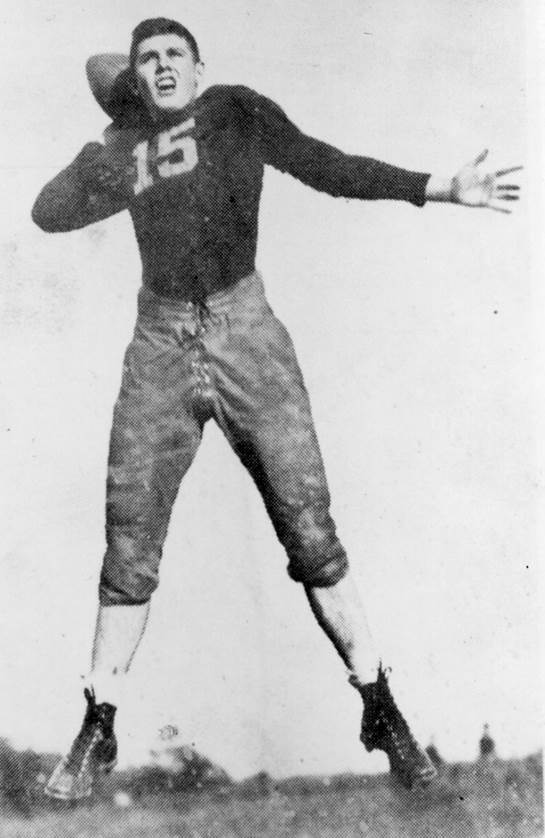