Gene Etter earned ten letters at Central High School, playing football and baseball on four state champion teams coached by his father, E.B. "Red" Etter. At UT, from which he received his BS, Gene was a single-wing tailback. His 75-yard touchdown run gave the Vols a win over sixth-ranked Ole Miss. As a member of UT's baseball team, Gene batted .404 his senior year before signing with the Chicago Cubs. He played in the minor leagues for nine years and married his wife, Eddie, at home plate in front of a crowd of seven thousand at a AA Dallas-Ft. Worth Spurs game.

Gene was the defensive coordinator for his father's great Baylor football teams for 13 years starting in 1971. In 1991, he returned to varsity coaching as offensive coordinator for Coach Fred Hubbs for nine years. He also coached ninth grade football for three years and seventh grade football for another three. He was head coach for the ninth grade basketball team in his first eleven years at Baylor.

With Gene as varsity baseball head coach since 1975, Baylor teams have won 746 games, with state championships in 2003 and 2006, and twice were runners-up. His teams have appeared in the final four 14 times, in the final eight 21 times, and have taken 19 region championships and 21 league championships. Over the past several years, three Baylor players a year, on average, have gone on to play baseball in college; several have played professionally. In 2006, Gene was selected as the Times Free Press All Sports Best of Preps Coach of the Year, and in 2007 he was named TSSAA All Classifications Baseball Coach of the Year.

Gene taught algebra for fifteen years at Baylor before switching to computer science in 1983. He currently teaches Computer Applications and has taught Advanced Placement Computer Science.

Gene and Eddie, the administrative assistant to Baylor Athletic Director Thad Lepcio, are the parents of Todd '86 and Honey Etter Hopkins '93. 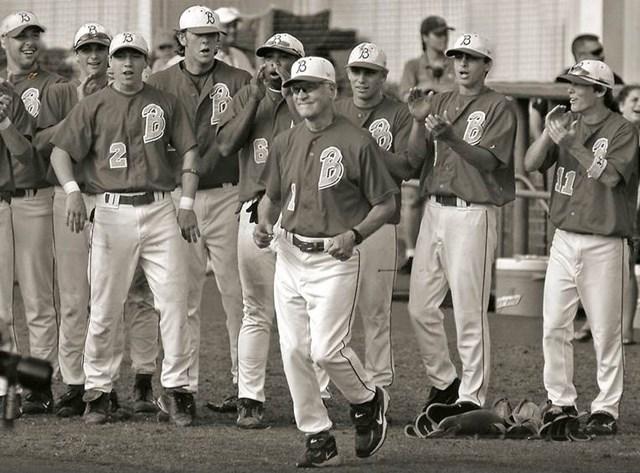