Frahn D'Anjou wrestled, ran track, and was one of the best running backs ever to play at Baylor School. In a typical game, he carried the ball as many as 30 times and made 15 to 20 tackles. For many years, he held records for career rushing, most points in a season, and most touchdowns in a season. He was also a defensive force as a linebacker.

Frahn's success was a direct result of the effort he put forth. He never had to be reminded to work harder, neither in practice nor in games. He took great pride in representing Baylor and showed the same commitment to his studies. An often-told story about Frahn occurred at halftime of a game against Central High. Frahn was having an outstanding game, and one of his teammates told Frahn that he had already rushed for almost 200 yards. Frahn's response: "yeah, did you study that in Spanish?"

By the end of his Baylor career, Frahn had several city and six school rushing records. In his senior year, he scored 154 points and rushed 264 times for 1,559 yards. He had three consecutive 1,000-yard seasons, finishing with 3,867 career rushing yards, including six 200-yard games. Including playoff games, he ran for 4,583 yards, averaging six yards per carry. He was named one of the decade's top ten area high school players by the Chattanooga Times Free Press in August 2002.

Frahn went on to play first as a tailback at Mississippi State and then as a fullback at UTC. 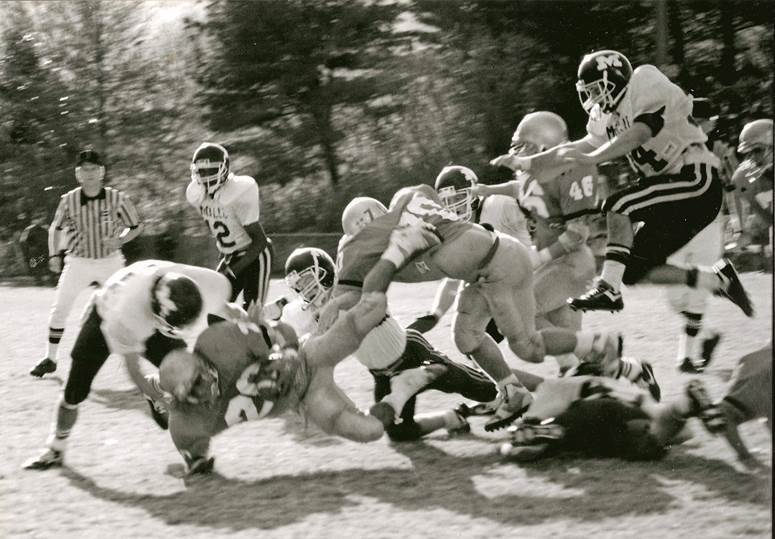