Eddie came to Baylor from Cleveland Latin as a postgraduate. He set a local football scoring record of 119 points and led Baylor to a 10-0 record. He ran 93 yards for a touchdown in Baylor's 21-6 victory over McCallie during the last game played between the two teams for 31 years. Eddie also ran track for the Red Raiders, winning the 100-yard dash at the Baylor Relays.

Eddie attended Georgia Tech and helped to defeat Notre Dame during his sophomore year. He was fifth in the 1943 voting for the Heisman Trophy, awarded to the best collegiate player. He was voted to several All-America teams and named MVP in the Southeastern Conference. He led Georgia Tech to a come-from- behind 20-18 victory over Tulsa in the Sugar Bowl.

After serving for two years in the Seabees, Eddie played professional football with the New York Yankees and the Chicago Rockets of the All-American Football Conference. . 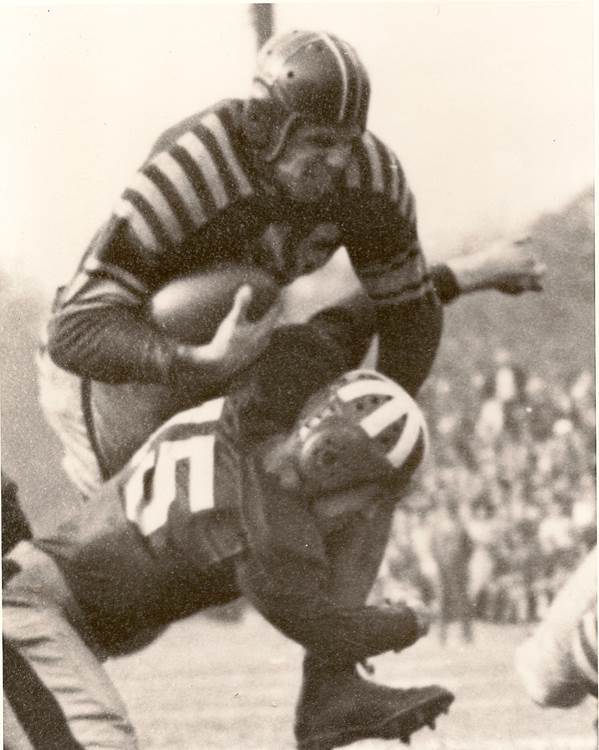