Andy Rutledge was one of the star players on Coach E.B. "Red" Etter's 1973 team that won the state AAA championship and was later voted the No. 1 high school team in the nation by the National Sports News Service.

He started at running back for Baylor for three years, from 1971-73, and was also a key factor in Baylor's state runner-up finish in 1972. During his senior year in 1973, he made All-State and had a rushing average of more than 11 yards per carry. Standout performances included nearly 200 yards rushing against Memphis Central in the second game, 138 yards in the mid-season encounter with McCallie, and 136 yards against Louisville Male. He seriously injured his leg against Clarksville Northwest in the ninth game of the year, but still amassed over 950 yards rushing for the season and was named "Player of the Year" in Chattanooga by the local newspaper.

He was also a multi-year starter at guard on the basketball team and was a top sprinter and hurdler on the track team. Andy also served as president of his class at Baylor from 8th-11th grades.

After receiving a football scholarship to Vanderbilt, he returned kickoffs during his freshman year in 1974 before a shoulder injury shortened his season. After being redshirted in 1975, he started as a wingback for the Commodores in both 1976 and 1977. He was named the Most Improved Offensive Player in 1976 and received the Commodore Leadership Award in 1977. 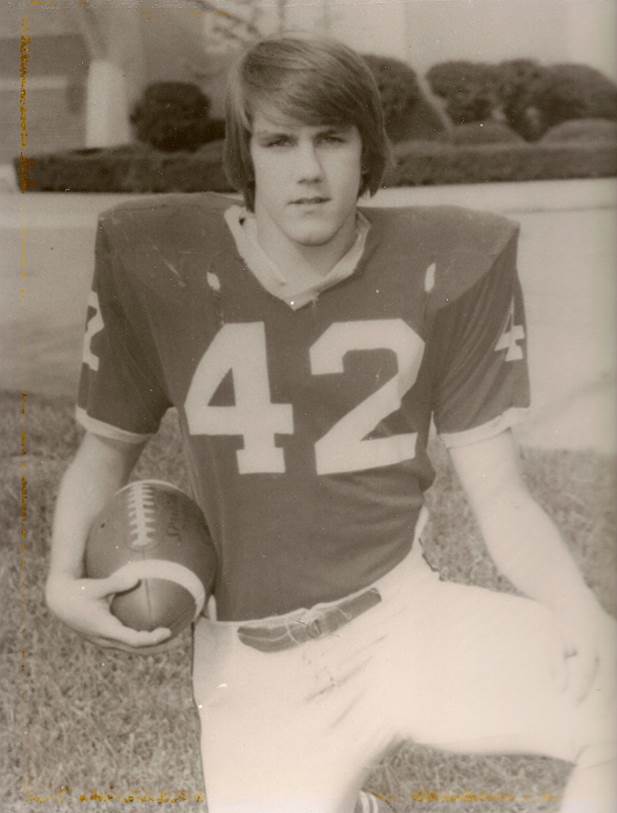