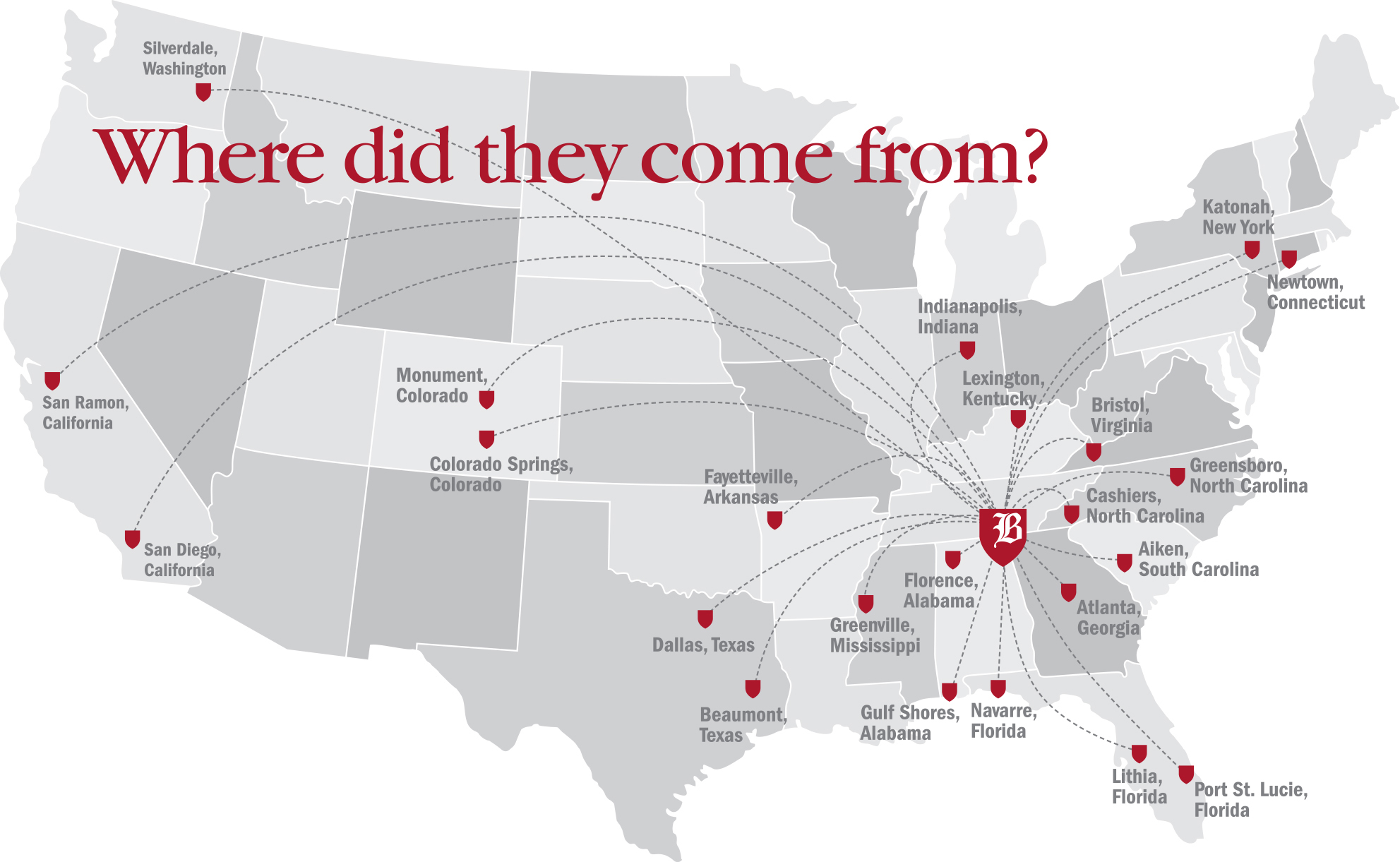 Baylor names four Cartter Scholars annually, providing boarding scholarships to students new to Baylor. The awards are available to rising ninth and tenth grade students: one full-tuition, one half-tuition, and two quarter-tuition scholarships are awarded annually and remain in force through the students' time at Baylor.

Nominees should demonstrate academic excellence as well as a breadth of interest outside the classroom, including athletics, arts and/or community service. Baylor also pays attention to the nominees’ capacity for leadership in and out of the classroom.

Prospective scholarship candidates can be nominated by anyone other than their parents, immediate family, or current members of the Baylor faculty or staff. If you know a rising ninth and tenth grade student who would benefit from all that Baylor has to offer, please take the time to complete a nomination or contact the admission office at 423-267-5902; or email Kelly O'Mara, associate director of boarding admission and director of the Cartter Scholars Program.

Once students are nominated, the Baylor admission department will contact them and request the application materials required to complete the scholarship application:

From the nominees, the school will invite 12 to 16 finalists to Cartter Scholars Weekend at the beginning of March, when the finalists will be interviewed by a panel of Baylor faculty members before winners are announced the third week in March.

In addition to the annual scholarship winners, all finalists for the award automatically become members of the Baylor Harris-Stanford Honors Program if and when they enroll in the school.

Baylor’s Cartter Scholars have been actors, athletes, dancers, debaters, outdoors enthusiasts, writers, mathematicians, student government officers, singers and scientists. They have gone on to college at Harvard, Berkeley, North Carolina, MIT, Georgetown, Sewanee and Stanford among many others. They have hailed from Colorado to Connecticut and Indiana to Texas. They have been male and female, reflecting diverse personal backgrounds and world views. What they have had in common are academic aptitude, the desire to achieve excellence and a passion for self-discovery. They have left their marks on Baylor, and Baylor has become a part of them.

Our Cartter Scholars have hailed from

University of California at Berkeley

Sewanee: University of the South

Students admitted to Baylor as Cartter Scholars are automatically members of the Harris-Stanford Honors Program, as are any Cartter finalists who enroll at Baylor and other select members of the Upper School student body.

Modeled after college honors programs, Harris-Stanford collaborates with local, regional, and national partners to provide extraordinary civic engagement, extracurricular seminars, travel and other learning and leadership opportunities for motivated students. Among the partners is the prestigious Institute for the Public Trust, a non-partisan, non-profit organization based in Raleigh, N.C. Baylor is the first high school in the U.S. to be brought into the Institute’s leadership program. For more information, click here.

For more information contact our Admission Office, 423-267-5902, or
email Kelly O'Mara, associate director of boarding admission and director of the Cartter Scholars Program.

The Cartter Scholars Program is named in honor of Thomas Cartter Lupton, II. Mr. Lupton, a member of the Baylor Class of 1971, is a founder and generous benefactor of the scholarship program.