"If your students are not learning, then you are not teaching."

"When I first ran across this axiom as a fairly young teacher, still trying to figure out what I was doing and how best to accomplish it, I had quite an epiphany: I should trust not only my desire to help them learn to think but also their desire to learn how to think. So even when they seemed completely unreceptive to my pedagogy or wholly disinterested in the novel we were discussing, they were still clamoring for growth, albeit ever so silently. The capacity for learning—as well as the innate yearning—is already present; my job, simply, is to tap into those teenage brains through any means necessary to satisfy their innate need.

Afterwards, I could focus all of my energies on the single skill that distinguishes the truly educated from the merely educated: critical thinking. Of course, it is virtually impossible to get through life without some capacity for critical thought. All human beings delve into some level of complex problem solving on a daily basis to perform the simplest of functions. Often, I tell my students that there are different kinds of literacy; being able to read a sentence and make some sense of it is, indeed, a good and valuable thing. Knowing how the sentence is put together or being able to discuss its rhetorical power, however, is on a whole other level. The true intellectual commands the language (not the other way around), but in order to do so he or she must read beyond the surface, an action that requires critical thought.

Such critical inquiry begins with the very basic task of observation. What do you see? Look at the sentence as an object and describe it as you would, say, a penny or a car. Then, note your impressions of it. Perhaps tone enters into the conversation, or syntax, imagery, or tropes. One finds herself at this point moving into drawing inferences, making connections between what's on the page and her previous experience. In addition, she may begin questioning relationships between parts of the sentence. In an essay, novel, or poem, the inference map becomes, of course, much larger and more complex.

Notice how the student has not begun to either evaluate the sentence or attempt to make meaning. Students must not draw conclusions too early; critical inquiry must always precede that step. If not, then, invariably, their conclusions end up trite or clichéd, lacking in depth and precision. The discomfort they encounter during the three-step process provides its own challenge because slow, deliberate analysis runs completely counter to the American way; yet, such effort is the only way to produce the minds that can wrestle with the complexity of the times. The capacity to think beyond the simple answer, to extend a thought and reach conclusions one never imagined possible—these are both the goals of true education and the necessary tools effective leaders in the 21st century must possess." 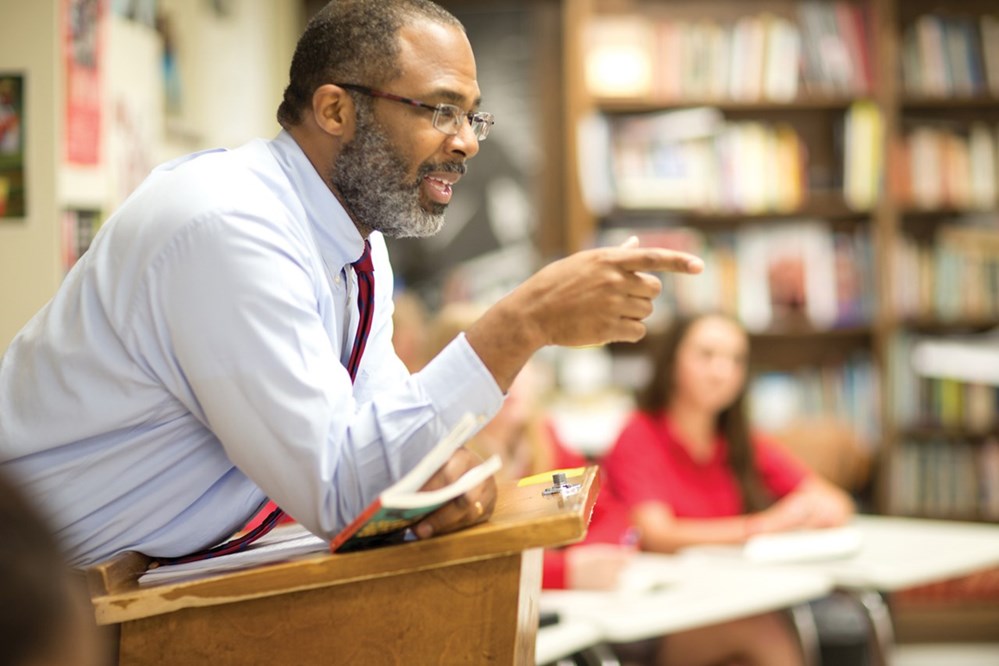 "The capacity to think beyond the simple answer, to extend a thought and reach conclusions one never imagined possible—these are both the goals of true education and the necessary tools effective leaders in the 21st century must possess."