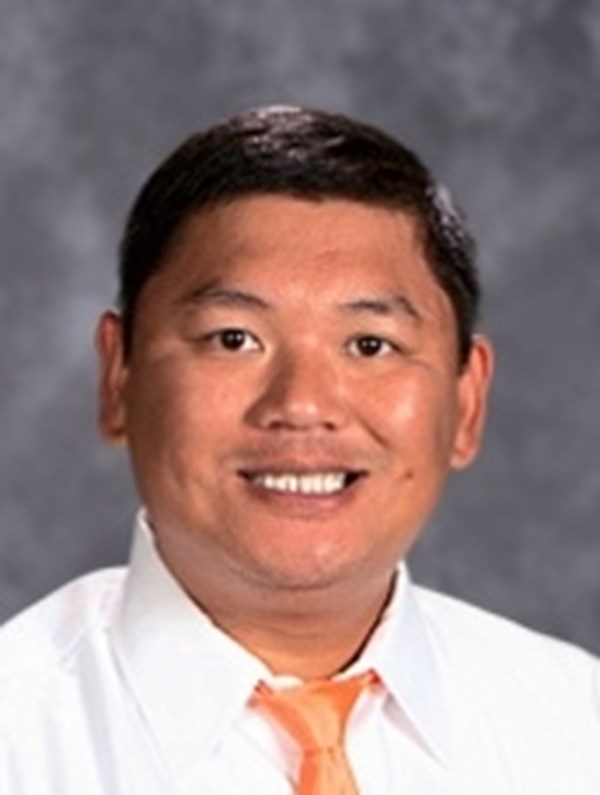 Intro
“Really I was just a tackling dummy, but I can say that I played UT football. You never know what you can get unless you try.”
Biography

Alan Wong always knew his career would have something to do with children but only pursued teaching after he considered and rejected two other paths. Alan was pre-med until he realized that he would find working with ill children too depressing and then was pre-law until he discovered how heartbreaking custody cases could be.

Alan ended up majoring in history and first brought his passion for the subject to middle school students in Nashville as a history and geography teacher and coach. At Baylor, Alan teaches sixth graders about ancient Rome, ancient Greece, and modern China, and he coaches football and track.

Alan wasn’t a fan of school growing up and he makes a point of making history—or any subject—applicable to life so that students can get excited about what they are learning. “I like it when they first really realize that this is actually fun and interesting.” He also enjoys working with students to instill good habits early. “I present as many styles of learning and study skills as possible to help them identify early what works for them,” he explained. Alan had to find his own study style when he moved to Chattanooga from Hong Kong when he was six. He covered his room with vocabulary flash cards and learned many words by writing them thirty to forty times. “My Mandarin now has a southern drawl,” he notes.

That same determination helped Alan become a freshman walk-on with UTK’s rowing team and to take another chance after he bulked up through rowing. Without any high school experience, Alan made it his goal to be walk-on for the Vols football team—and succeeded. “I walked on as kicker and punter and was moved to running back because of my girth,” he said, “Really I was just a tackling dummy, but I can say that I played UT football. You never know what you can get unless you try.”

Alan is a “foodie.” When he visits his sister in New York, he heads right from the airport to his favorite bakery, and he assigns his students food nicknames that are applicable to the time of day, such as Toast or Muffin for students in his morning classes. He also loves the outdoors, working with his hands, and traveling. He has combined all three by volunteering his time in Guatemala for four summers, building and renovating churches, homes, and schools.