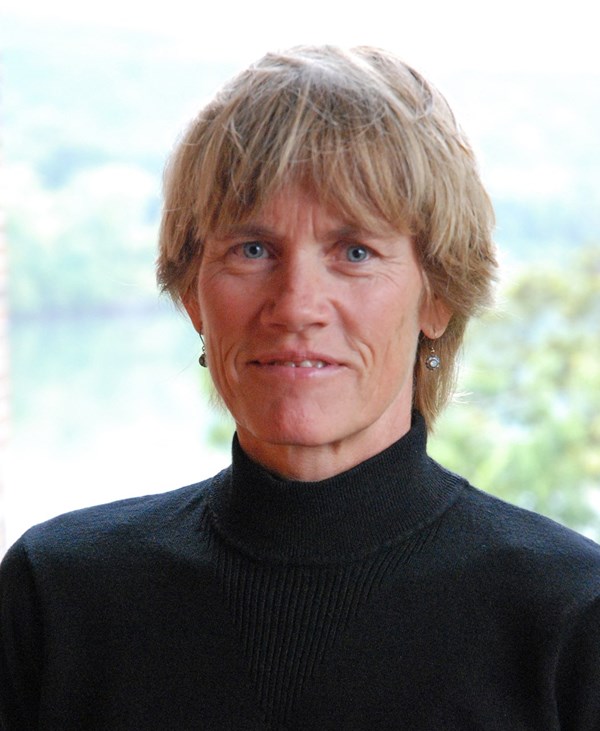 Intro
Year in and year out, the group of girls who run on the team are exceptional people.”
Biography

She loves listening to what she calls the "controlled chaos of conversation" when students are engaged with one another – for example, debating whether Ethan Frome is cowardly or courageous or sharing their insights into The Sound and the Fury.

Having coached swimming in previous years, Heather finds coaching the girls' cross country team and track particularly satisfying. Distance running is a personal passion for her, and she says, "Year in and year out, the group of girls who run on the team are exceptional people." She enjoys "being with these young women at this place in their lives" and helping them to take physical risks. She also notes that the sport's demanding training regimen fosters close relationships, and she continues to keep in touch with many of her former runners. The success of the teams Heather has coached is notable: the 1991, 1995, and 1997 teams all won state championships, and she has earned state coach of the year honors.

Heather participated in a National Outdoor Leadership School course, climbed in the Caucasus and sailed off the coast of Maine with Baylor groups, and spent five summers earning her master's at Bread Loaf School of English in Middlebury, Vermont. She also taught at Tabor Academy for a year. She has loved the richness of those experiences – but no more than the beauty of the Baylor campus (where she and her family have lived), the "fierceness of love" so many people feel for the school, and the friendships she has made with colleagues and students.

A native of Richmond, Virginia, Heather attended that city's Open High School. She finished her undergraduate work at Richmond, but she spent four years at UNC and is a Tar Heel at heart. Along with running, gardening is a passion for Heather. She and her husband, Lee Davis, have two daughters, Logan '12 and Parker, and a son, Matthew '18. Since Parker's birth Heather has been active in reviving a local parents' group that provides support and education to people who have family members with Down Syndrome.