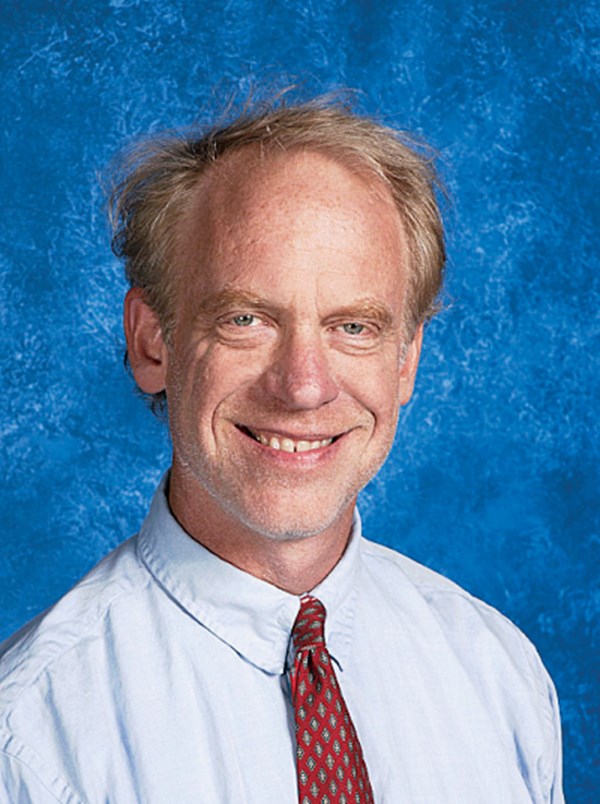 Intro
Perry says that in his chemistry classes; instead, his goal is to give them the background to understand how chemistry permeates all aspects of their lives.
Biography

Perry grew up in a house nestled in a hollow by Baylor Road. His father, Joe, affectionately known as Sarge, worked at Baylor for more than twenty-five years and was a dorm parent and friend to many students. Perry well remembers the "many times when someone came by to see Dad." As a student at Baylor, Perry played football, ran track, and was a member of both the Student Council and Honor Council. He appreciated all the opportunities available to him--but he always felt that he was "Sarge's son."

A chemistry major at Millsaps, Perry taught for three years at Jackson Academy in Mississippi. He was certain that he would never teach at Baylor, but "the fates were at work," a chemistry position came open, and Perry returned to Baylor the fall after his dad retired.

Perry says that in his chemistry classes he's not "trying to make chemists" out of his students; instead, his goal is to give them the background to understand how chemistry "permeates all aspects of their lives"from their clothing to their food to the gas they buy. If in their adult years they see an article about, say, hydrocarbons, he is hopeful that they'll be able to understand it. Perry has taught all levels of chemistry at Baylor and other science courses as well, and he says that teaching a variety of sciences makes him even more effective in the classroom.

A participant in a National Outdoor Leadership School course, Perry directed Baylor's Walkabout Program for four years. Surprised by how much he missed coaching, he decided to return full-time to the classroom and the football field, although he continues to help out with the outdoor program in the spring. Perry has served as Student Council sponsor and lived in both Probasco and Hunter dorms (he was co-head of Hunter for a year). Perry's first experience with climbing was on his senior trip, but he has since become a devotee of the sport. He prizes its social aspects as well as its physical and mental challenges, and he says that climbing can be a nearly spiritual experience: "it's an activity that touches all parts of my being." Perry also enjoys reading and listening to all types of music.