If bass-baritone performer Seth Carico '00 hadn't been eager to impress a high school date, chances are he might not have become the international opera performer he is today.

"I had never seen or heard opera, but I wanted to impress my girlfriend so I took her to see "Pagliacci" at the Tivoli. I was immediately hooked – I decided that night that's what I wanted to do."

Although it was a defining moment, Carico had been taking steps toward a life on stage for years, first in church musicals and community theatre and later as a student enrolled in voice and diction classes with Baylor instructors Penny Tullock and Ed Huey. A former Baylor Player and percussionist in the band, Carico credits Schaack Van Deusen '61 and Tom Schow for valuable acting and music instruction and "for putting me on the right path when other people were about to give up on me."

Today he continues to distinguish himself as an accomplished young American singer, acclaimed for his commanding stage presence and expressive vocalism. Opera Today's review praised "the dynamic presence of Carico, whose ringing baritone gave much pleasure."

Most recently Carico has performed in Germany as Zuniga in "Carmen", Sacristan in "Tosca", and Panthée in "Les Troyens" with Deutsche Oper Berlin; and in Italy as Roberto in "I Vespri Siciliani" and Marquis in "La Traviata" with Teatro Regio Torino.

In November he returned to Baylor's campus and with Schow at his side as his piano accompanist, he masterfully performed Ned Rorem's "War Scenes," Jacques Ibert's "Quatre Chansons de Don Quichotte," and Brahms' "Vier ernste Gesange, Op. 121."

When Carico's work in Berlin ends this March with the final curtain of Puccini's Tosca, he plans to return to his home base in Philadelphia, where he lives with his wife, Mexican soprano Aída De La Cruz

To read more about Seth Carico '00, go to
www.sethcarico.com 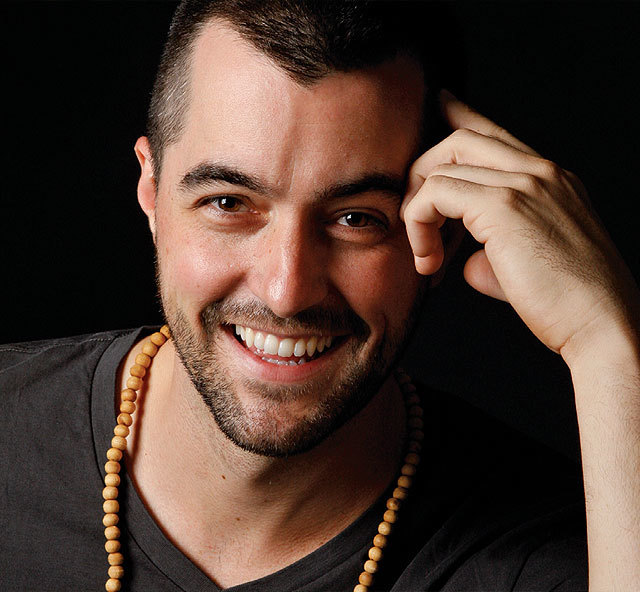