Philip Morehead '60 does not have a short answer when asked what he does for a living. He is currently Head of Music Staff and sometime-conductor at the Lyric Opera of Chicago. In his 25-year stint with the company, he has served as music administrator, chorus master, and assistant conductor. He also plays keyboards and conducts for the Chicago-based contemporary chamber ensemble CUBE and is a freelance pianist, harpsichordist, and conductor.

Then there are the books, which he calls "a sideline." Philip is the editor of revised versions of the New American Roget's College Thesaurus, The New American Webster's Handy College Dictionary, and Hoyle's Rules of Games. He is author of The New International Dictionary of Music and the Penguin Thesaurus.

A native New Yorker, Philip is the son of Baylor graduate Albert Morehead '25, who was, in addition to many other impressive accomplishments, bridge editor of The New York Times for 28 years. Albert was very pleased when Philip decided to transfer from his Manhattan school to Baylor as a junior.

Philip, who rightfully calls himself "very adaptable," adjusted easily to a Southern military school. He edited Baylor's yearbook and wrote for the Baylor Notes, served as president of the Round Table and vice-president of the Glee Club. Voted "most likely to succeed" by his fellow classmates, Morehead also was a National Merit Scholar and the valedictorian of his class.

Albert believed that the job of a good school is to provide the basics, particularly in English and math. "He felt that everything else you can get when you needed it," explains Philip. "I got those basics from Baylor." Philip was fortunate to take James Hitt's English class and describes Hitt as "a wonderful teacher who gave me a good grounding in English."

Although he had played piano from age four and was an organist in chapel at Baylor, Philip loved language and thought he would go on to study linguistics. It wasn't until later that he decided to instead make music his focus. He majored in French at Swarthmore College while also taking many music classes and playing piano.

He met his wife, Pat, an oboist, composer, and a founding member and Co-Artistic Director of CUBE, while studying at the Ecole d'arts americains at Fontainebleau, the summer music academy presided over by the renowned Nadia Boulanger. Philip also studied in Paris with Boulanger, whose other American students included Aaron Copland and Michel Legrand.

The couple left France for Boston in 1965, where Philip became a graduate student in musicology at Harvard University, earning an M.A. He then studied piano at the New England Conservatory of Music, receiving an M.M. During his years in Boston he was musical director of the New England Chamber Opera Group, the Newton Chamber Orchestra and the Brookline Symphony Orchestra. He was assistant conductor of the Tanglewood Festival Chorus, rehearsal pianist for the Boston Symphony Orchestra, and a member of the faculty of the Berkshire Music Center at Tanglewood. He played continuo with the Boston Symphony under Seiji Ozawa, Leonard Bernstein, and Peter Maag.

Philip and Pat have three adult children, two of whom live in Canada, where the family spent three years after Boston and before moving to Chicago in 1981. At the time, Philip was Coordinator of the Orchestral Training Program at the Royal Conservatory of Music in Toronto.

He still feels a connection to Chattanooga and would love to visit Baylor's campus, but finding the time is tough. "From the beginning of September until the end of March, if I get a day off a week, it's unusual, and, other than two weeks at Christmas, I never get two in a row."

With Philip's extensive list of interests, it's a wonder he rests for even that long. 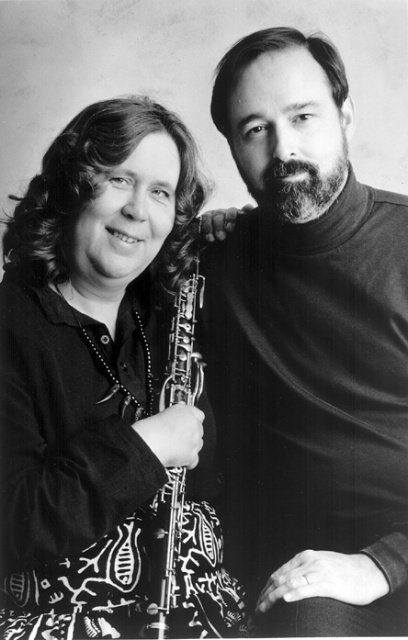