The first time bass player Ivan "Funkboy" Bod­ley '82 performed the Police song "Message in a Bottle" was at the 1982 R.A.G.T.A.I.L.S. concert in the Baylor gymnasium. The last time was at the 2009 Creative Coalition Obama Inaugural Ball in Washington D.C. — and he was accompanying Sting.

"I recently listened to a recording of that 1982 concert," said Bodley. "With the ben­efit of almost 30 years in the business, I can say that we sounded pretty good!" He had taken his first bass lesson from Rick Lazarus '81 only nine months before R.A.G.T.A.I.L.S., and Bodley still plays the bass he bought from Lazarus. And he still remembers his classmates from that R.A.G.T.A.I.L.S. con­cert: lead guitarist Murray Baroody, singer John Parker, guitarist Burton Webb, and drummers John Payne and Brett Norton.

Although Bodley probably would have preferred today's Baylor — where the arts play a prominent role and half the students are female — he appreciates how well Bay­lor prepared him academically for college. "I had the tools to know how to study and to be successful in school." Bodley studied biomedical engineering at Tulane for two years and then switched to psychology. "But mostly, I majored in college radio," said Bod­ley, who was music director of the campus station, WUTL-FM, from the time he was a freshman. He also wrote for the local mu­sic magazine, hosted a cable access alterna­tive music video program, and was a college representative for MCA records. It was at WUTL, where he was also an on-air person­ality, that he earned the nickname Funkboy.

When Bodley graduated from Tulane, he joined Epic Records as a publicist for Living Colour, Michael Jackson, "Weird" Al Yank­ovic, Gloria Estefan, Joan Jett & the Black­hearts, and Luther Vandross, among others. He lived first in New York City and then in Los Angeles during the three years he worked for Epic. He enjoyed the work, but it taught him that making music—not marketing it — was what he wanted to be doing.

He moved to Brooklyn in 1992 and, for three years, worked as a temp during the day and played as many gigs as possible on nights and weekends. A friend of a friend, who had never even heard Bodley play, rec­ommended him as bass substitute for The Shirelles. That gig led to one with The Up­town Horns, who had been the horn sec­tion for the Rolling Stones, B.B. King, Ray Charles and others. With only a week's no­tice, Bodley was on stage at New York City's renowned Bottom Line with names he knew from record jackets. Bodley knew then that he could make it, and, by 1995, he was able to generate enough income from his music to play full time. "I haven't had a straight job since," he said.

Bodley recorded his first CD, under the band name Jazz/Funk Unit, with a mix of musicians from the bands he had publicized at Epic and classmates from Berklee. Put­ting his experience as a publicist to work for himself, he received glowing reviews, extensive college radio airplay, and national television spots, and the group headlined at New York's famous Blue Note. "Through The Uptown Horns and The Shirelles, my web of friends and musical contacts grew ever wider."

Bodley's ability to write well, to make connections, and to believe in himself were fostered in part at Baylor. "I had wonderful mentors in Schaack Van Deusen '61, Bob Lanza, Ed Huey, (John) Doc Miller, and Bob Fazio. They were unbelievably inspiring," said Bodley, who was editor of Periaktoi and worked with Lanza on the yearbook. "I think I was in ev­ery one of Schaack's productions, and I won a drama award my senior year." Van Deusen should be pleased to learn that Bodley is back on stage for the first time since Baylor as a sub on the Broadway musical "Rock of Ages," in which the band is part of the cast.

Bodley, who has "no wife, no kids, no pets, and no mortgage," jokes that he has performed in 8,000 bands, and he may not be far off. He has backed up Solomon Burke, Percy Sledge, Ben E. King, Gary U.S. Bonds, Buster Poindexter, and many more. He serves as musical director and conductor for many performers including Sam Moore (of Sam and Dave), Martha Reeves & the Vandellas, and The Crystals. He has played with the Istanbul State Symphony Orchestra and the Israel Sym­phony Orchestra and with 30 inductees to the Rock and Roll Hall of Fame. Bodley's televi­sion appearances include "Late Night with Conan O'Brien" and "The Today Show."

This October, Bodley will prove that practice, practice, practice does get you to Carnegie Hall. He will be a featured solo­ist, along with a 66-piece orchestra and 100-voice choir, in a performance of "Rock Concerto," a composition by classical vio­linist Alexander Markoff. In the meantime, he is promoting his third CD of original mu­sic, "Pigs Feet & Potted Meat," and touring with Little Anthony and the Imperials.

But, in spite of his success, Bodley has not forgotten his Chattanooga roots. On his web­site, www.funkboy.net, Bodley claims to eat only Little Debbie's snack cakes. 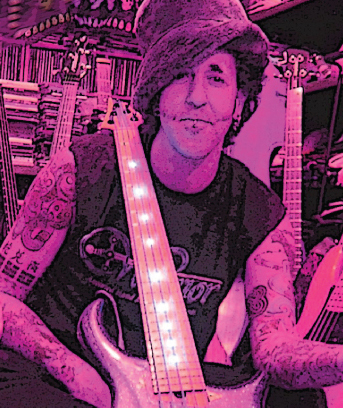