Dr. Coleman Barks '55 was 39 when he was first introduced to the work of the 13thcentury Persian poet, Jalal ad-Din Muhammad Balkhi, known to the English-speaking world as Rumi. The year was 1976, and Barks was attending poet and author Robert Bly's annual Great Mother Conference, then in its second year. In one of the exercises, Bly led participants in rephrasing literal translations of Rumi's poetry into free verse.

"I had a literary education but had never heard Rumi's name," said Barks, who holds a B.A. in English and a Ph.D in English fiction from the University of North Carolina (UNC) and an M.A. from the University of California, Berkeley. "There is a blindness that our culture has to all things Islamic and particularly to mysticism and the Koran." The exercise changed Barks's life. "I went into a place that felt like it was beyond explication. You just had to enter it and be in it. It's unparaphraseable."

When Barks returned to Athens, Ga., where he was teaching at the University of Georgia, he continued to do the exercise on his own. "That was fascinating to me and a sublime relaxation. I would go to the Bluebird Café after teaching three classes and relax by reworking this poetry. I did it for about seven years before I even thought of publishing."

But eventually he did publish. Open Secret, Barks's first collection of Rumi translations, issued by a tiny Vermont press, won a Pushcart Prize. Barks ultimately published 21 volumes of translations of Rumi's poetry. His work has been included in The Norton Anthology of World Masterpieces. Often credited with Rumi's popularity in the English-speaking world, Barks's translations have sold more than a million and a half copies. From the beginning, translating Rumi was "like a spiritual practice for me — and it still is. The publishing is like a 'by the way.'"

A discussion of Barks's Rumi translations raises two obvious questions: Can you call something a translation when the translator doesn't speak the language of the original text and when the result is not a word-forword translation? Barks begins each project by working with a scholar who provides him with a literal translation. "From that, I try to make a valid-free verse poem in American English. Rumi wrote magnificent poetry in elaborately rhymed Persian. I try to bring some of that energy and delight over into our language." Barks concedes that some scholars do object to what he does but adds that what is most often said of his work "is that what I get about Rumi is his playfulness. That rarely comes across in the scholarly work."

Barks's translations of Rumi's poems are called secondary translations. "'Translation' means 'bring over' in Latin," explains Barks. "Think about translating Shakespeare to Chinese. You have to fail. It's just a matter of how great your failure will be. But you have to try."

Barks, born on Shakespeare's birthday and raised on Baylor's 670-acre campus, considered himself a writer from the time he was 12 years old. A son of Herbert B. Barks, Sr., Baylor School's headmaster from 1929 to 1964, Barks said that Baylor was a great place for a child. "Tony Heywood '55 and I had at least two hills we could explore, a river and lake, and an old golf course. At six or seven, I would stand on my seat in the dining hall, and 400 people would sing, 'Happy Birthday.' It gave me a great feeling of importance in the world."

The teachers whose classes he particularly remembers are James Pennington, "the way he loved language itself and the way he loved Latin," and English teacher Jim Hitt. "Jim Hitt was the strongest influence. He had a wild core. He loved the inexplicable dark beauty of Conrad. He had a fascination with the grotesque. He loved whatever was spontaneous and fresh, and that intensity of response is what he taught."

Barks and Wilson Cooper '55 were More-head Scholars in the first year that UNC opened its scholarship program to outof-state students. Barks had his first piece published when he was still a 20-year-old UNC student — a short story that ran in The Carolina Quarterly. The first time he had an original poem published was when he was a graduate student, and he has had seven volumes of original poetry published since. Barks's newest book of poetry will be released this spring.

Not counting a two-year stint as an assistant professor at the University of Southern California, Barks spent his entire teaching career at the University of Georgia. He taught at UGA for 30 years before retiring as professor emeritus in 1997. Barks still lives in Athens near his sons, Benjamin and Cole, and five grandchildren.

Barks has received a number of accolades for his lifelong work as a poet and Rumi translator. In March 2005 the U.S. State Department sent Barks to Afghanistan as the first visiting speaker there in 25 years. In 2006 he received an honorary doctorate from the University of Tehran. (Fittingly, he traveled with Robert Bly to accept the award.) Barks's work with Rumi was the subject of a Bill Moyers' PBS special in Moyers's "Language of Life" series, and Barks was featured on Moyers's poetry special, "Fooling with Words." Barks was inducted into the Georgia Writers' Hall of Fame in 2009.

Through it all, Barks has retained ties to Baylor School. He is in weekly touch with his siblings, Herb Barks, Jr. '51, the school's president and headmaster from 1971 to 1988, and author Elizabeth (Betsy) Barks Cox, who was inducted into the Fellowship of Southern Writers in 2011. "My family is embedded in that hill [at Baylor] somewhere," he said. "It was a great enrichment to be raised by a village." 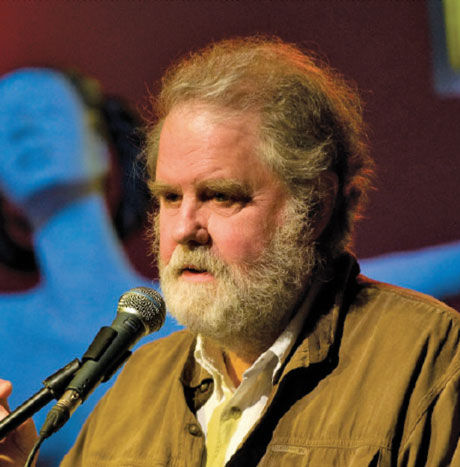