Donald Pippin '44 served for 14 years as Musical Director of New York's Radio City Music Hall and is considered one of Broadway's most honored conductors. He received a Tony Award for Oliver, an Emmy Award for Broadway Sings Jules Styne, the Drama Desk Award for "consistently outstanding musical direction and commitment to the theatre" and a gold record award for the original cast album of A Chorus Line.

Reflecting on his years at Baylor, Don admits they weren't the happiest by a long stretch. Arriving in 1938 as the school's youngest boarder when it was still a military school, he did not take to the regimentation. "In all fairness my brother and I arrived just having lost our mother, and it would have been tough anywhere. Still, the smartest moves Baylor made were to get rid of the military and to go coed. Schools should reflect the reality of life," said Don.

In spite of his reservations, Don thrived at Baylor. "I had a marvelous education. I had a lot of tutoring and coaching and have fond memories of my teachers."

Passionate about music from age five, Don arrived at Baylor with his Steinway piano, which made its home in the chapel. His piano teacher from Knoxville contacted Harold Cadek of the Cadek Conservatory, who enthusiastically became Don's teacher. Soon after, Don introduced himself to a woman who had sung a beautiful solo at church. "Sarah Selman? Would that be Miss Selman?" he asked, thinking of his widower father who spent weekends in Chattanooga to be near his sons.

Cadek, who cultivated Don's flair for and love of pop music, suggested that his pupil play on the conservatory's small radio station, and Don invited his new friend Miss Selman. Don's father was also at the station that day, and the match was made. The two were married, and in his junior year, Don became a day student and lived with the newlyweds.

The year was 1942, and Don's musical talents were in demand as many young performers were being drafted. He had been a staff musician since age 13 at WDOD and was now asked to play organ and piano at country clubs, hotels, and dances. "I was the official sub for every denomination in Chattanooga, including a temple on Friday nights. I was so tired one Friday that I played without thinking. 'Do you realize what you were playing?' the Rabbi asked just before firing me. It turns out I had played a great rendition of 'The Old Rugged Cross.'"

After graduating from Baylor, Don went to the University of Alabama, courtesy of the U.S. Army. He was moved to active duty and sent to basic training where his closest friend was singer Tony Bennett. They didn't ship out together but reunited years later when Don conducted Bennett.

After serving in the Philippines and Japan, Don attended the University of Chattanooga and later Julliard. A free spirit, he felt cramped by the Julliard curriculum and itched to start a life in music. One day he went to see the musical Kiss Me Kate, and it changed his life. "I fell in love with the theatre." Unable to afford tickets to the many plays around him, Don snuck in by carrying a dummy Playbill into the theatre with the returning crowd after intermission. "I knew the second act of every show in New York." The ushers began to recognize him and started sneaking him in on Monday nights for the first act. "I was so enchanted with the performers that I often hung out at the stage door." One night the lead dancer in Love Life, interested in why Don was there yet again, discovered that Don studied piano at Julliard. He asked Don to write music for an experimental ballet he was choreographing. The legendary Jerome Robbins attended the workshop and was impressed with the music.

Encouraged and anxious to determine a direction for himself, Don left Julliard to work as a rehearsal pianist for Broadway shows and to write dance music for shows and television. Frustrated with the way his music was conducted, he began taking private conducting lessons.

He also made good contacts and became an assistant on the Broadway show Irma la Douce. When he heard that David Merrick, the show's producer whom he had never met, was bringing the hit show Oliver, to New York, Don made a bold move. He hounded Merrick's secretary for an appointment and he asked Merrick to be conductor and musical director. "Why should I give it to you?" Merrick asked. "Because I love the music, and nobody could ever do it as well as I could," Don said. Merrick gave Don, then in his early 20s, the job with the warning, "You'd better be as good as you think you are."

Apparently Don was that good because he won a Tony for his work. Don's Broadway music career went on to include La Cage Aux Folles, Cabaret, Mack and Mabel, Seesaw, Applause, Mame, and A Chorus Line. "Baylor is where I learned discipline and organization. It has helped me greatly not just in my career but in my whole life."

Earlier this year Don visited Baylor for the first time in 38 years. "I was so impressed that there was now a performing arts center. It was marvelous to see how the place has changed."

Don and his wife, Marie, have been married since 1973 and live in Brewster, New York, with their six dogs and three cats. 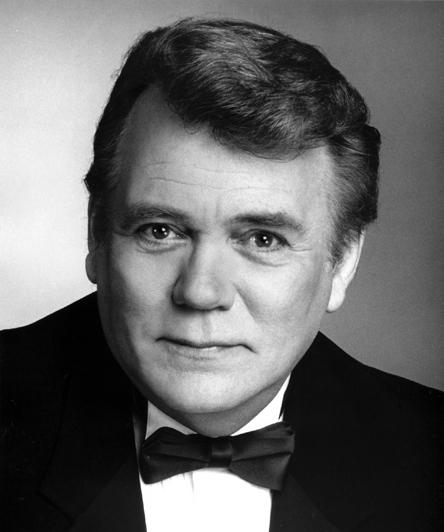