By the time Brett Granstaff '98 arrived at Baylor as a sophomore, his father, a national sales manager for Northern Life, had moved the family 20 times. When Brett's family, originally from Tennessee, moved back to be near his ailing grandparents, they looked at many area schools for Brett. "When we drove onto the Baylor campus, I knew this was where I needed to be." For the first time, Brett spent three consecutive years at the same school, and he still considers Baylor—and Chattanooga—home.

Brett credits Dr. John "Doc" Miller for inspiring his passion for film. "He was a major influence on me. I took visual literacy, video production, film history, and two years of English from him." Brett went on to earn a degree in film from New York University, where he was named a Founders' Day Scholar for his superior academic record. His studies took him to Europe, for a director's workshop in Florence and an internship with the BBC in London. Brett then moved to Hollywood, where he has produced, directed, and acted in both TV and film.

Brett is equally passionate about blackjack. He came to Baylor from Las Vegas, where not just the tourists gamble. "My football coach was a pit boss by night." Brett learned from his father, a renowned blackjack player, how to count cards and used what he had learned to create a more aggressive system of card counting. When he was old enough to play in casinos, Brett quickly became a force on the blackjack circuit. He won several tournaments before being banned from many of the top tables in Atlantic City and Las Vegas.

Now Brett has combined his production experience with his love of blackjack to create "The Hot Hand Advantage," an instructional DVD, shot at The Riviera Hotel and Casino in Las Vegas. Brett's "Strategy Card" and "Blackjack Mechanic," a game training module on CD, is included with the DVD to allow players to practice at home. Doc Miller and Baylor friends Drew Norris '97, and Sean Weller '99, joined Brett on location when he was filming "The Hot Hand Advantage."

When he was a student at Baylor, Brett was a member of Religious Roundtable, served as secretary/treasurer of the National Honor Society, ran track, and assisted Coach Larry Hale with the Lower School cross country team. After he graduated from Baylor, he spent a year coaching varsity sprinters alongside Coach Bill McMahon, which he calls "the greatest experience of my life," before heading to NYU and running track there. In that same year, Brett took one last class from Doc Miller, who was then teaching film noir at UTC.

In addition to his film work, Brett is co-owner and vice president of Consolidated Retirement Services, Inc. (CRSI), a retirement planning firm for teachers, hospitals, and non-profit organizations. Even with his other commitments, Brett has been one of the top producers in the company for the last five years. He thanks Baylor coaches Jim Morgan and Larry Hale for instilling in him the drive to excel at whatever he does. "Coach Hale didn't let me settle. He always pushed me do more." 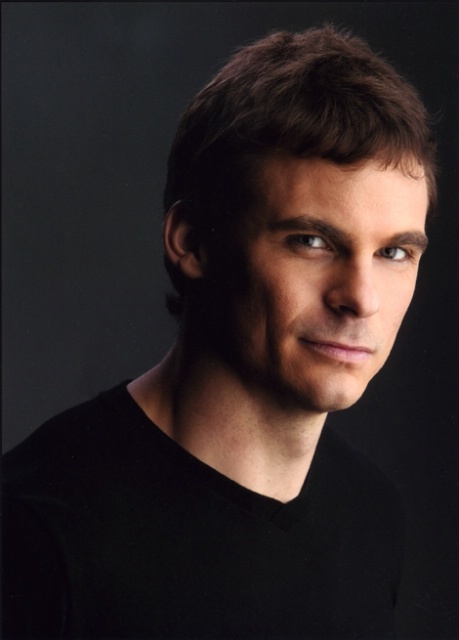