Ask Stephanie Allen about her most significant high school learning experience, and she doesn't hesitate. "Summer school in Paris, without a doubt," she responds. "The whole city was our classroom. So much history and culture! Not to mention the fact that it was pretty amazing to have my seventeenth birthday at the Eiffel Tower. I've been back to Paris five times since then, and I'm always reminded of that summer."

"Madame Harris is an amazing teacher. She cared, and she really made me want to excel," says Stephanie.

Upon graduation from Baylor, Stephanie took her love of language to the University of Western Ontario, where she received an honors B.A. in French and German in 1994 then earned a public relations diploma from Humber College in 1996. She got her start in the film industry through a college placement at the Canadian Film Centre, where she was ultimately promoted to Director of Marketing and Communications, a position that involved working with numerous high-level international film, television, and news media executives.

In 1999, Stephanie left the Centre to manage corporate communications and assist in television sales for Toronto's C.O.R.E. Digital Pictures, Inc., a digital effects and animation company. "I relocated to L.A. in 2000 to set up C.O.R.E.'s satellite office and to represent the company's digital creativity to feature filmmakers in the U.S., Canada, and worldwide," she says. "I also facilitated the production process for clients posting in California and served as studio liaison between L.A. and Toronto." 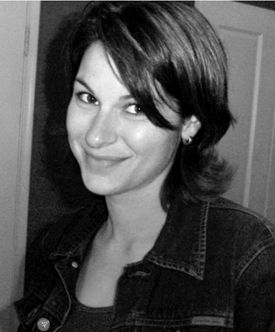