Sandy Mattice still has a copy of beloved English teacher Roy Ashley's self-published grammar compendium "The Syllabus" tucked away in an office drawer, and from time to time he still refers to it. That's because this recently appointed U.S. prosecutor and successful attorney credits Mr. Ashley, known to Sandy and classmates as "the whistling grammarian," with helping him build the strong communication skills he has relied upon throughout his career.

"I believe true learning means developing the ability to think and express oneself with clarity and acuity," Sandy explains. "These are skills essential to any successful career, and for me, they're lessons I learned largely in Mr. Ashley's grammar classes."

A former partner with the Chattanooga law firm Miller Martin, Sandy spent 1996-97 in Washington, D.C., as Senior Counsel to the Committee on Governmental Affairs to the U.S. Senate. After working there on a special investigation of alleged illegal activities on the 1996 election campaign, he returned to town to join another Chattanooga-based firm, Baker Donelson Behrman & Caldwell, in 1998. Sandy left that firm to accept his federal appointment as U.S. prosecutor.

In October of 2005 U.S. Senators Bill Frist (R-Tenn.) and Lamar Alexander (R-Tenn.) announced Sandy's confirmation to serve on the U.S. District Court for the Eastern District of Tennessee. Mattice was confirmed by a vote of 91-0.

In his statement, Senator Frist said he was immensely proud of "one of Tennessee's finest attorneys" to the federal bench. "Throughout his distinguished career, Sandy Mattice has proven his merit as a skilled lawyer and talented prosecutor who is always fair and impartial. I've known Sandy for many years, and I am continually amazed by both his devotion to Tennessee and his rock-solid work ethic. Sandy is an honest, moral person who will serve with honor as a U.S. District Court Judge for Eastern Tennessee." 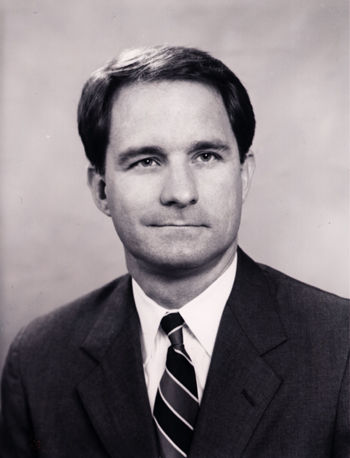