When Sam Holmes was a high school sopho­more in his hometown of Monticello, Ga., population 2,500, his parents realized that he needed a school that would expand his world — academically, athletically, and so­cially. The family considered other schools, but when Holmes visited the Baylor cam­pus, he felt most comfortable. His decision was cemented when his basketball coach in Monticello, Bill Cox, who has now taught and coached at Baylor for 28 years, was offered a position at the school. "I wish I could say he brought me along for my basketball."

Holmes has fond memories of the many faculty and staff members who helped him adjust to and thrive at Baylor. His adviser was Dr. Dan Kennedy, and his dorm head in Lupton was Jimmy Duke, who also served as admission director. "Both were kind and inspirational to me." Remembering Jon Chew, Holmes said, "He was much more than a teacher. He was a mentor and a father figure for so many of us. He pushed us hard but inspired us to study and to take advantage of all that Baylor had to offer. I will always be indebted to him." After two gratifying years at Baylor, Hol­mes humored his college counselor by apply­ing to a couple of other schools, but he was set on the University of Georgia. His grand­parents, parents, and older brother were all Bulldogs; his father had played football for the school. Holmes earned his degree in busi­ness administration and finance (BBA) there and served as president of the Interfraternity Council — the first sophomore to do so — representing all the fraternities on a campus that was 25-30 percent Greek. "I had a lot of responsibility with that and enjoyed it."

Holmes continued to take on additional responsibilities at UGA after he graduated. He joined the alumni society. He was asked to serve on the board of advisors for the school's Terry College of Business. He then chaired the UGA Real Estate Foundation and was a key player in the financing and construction of the school's first new dormitory since the 1960s. The Foundation was also instrumental in the construction of a number of academic buildings during Holmes's term from 2005 to 2007.

In 2003, he was asked to join the Uni­versity of Georgia Foundation, created more than 70 years ago to enrich the quality of education through scholarships, professor­ships, endowed chairs, and other programs. "I learned at Baylor that you have to continu­ally challenge students. The Foundation not only manages a $400 million plus endow­ment, but it creates programs to expand stu­dents' horizons," said Holmes, who, on July 1, 2009 became the Foundation Chair. "We have study-abroad programs in Costa Rica and at Oxford, and our Washington, D.C. program enables students to learn about gov­ernment. At Baylor, I learned the importance of having the resources to provide both the core and the expansion. I'm so proud of what we've accomplished at the Foundation."

Holmes can also be proud of what he's achieved in a career that, he says, began with­out a master plan. "I knew I was going to be in the sales world, and fortunately my father introduced me to some of his friends." Hol­mes started in commercial real estate sales with Cushman and Wakefield in 1987 and is now one of only a few vice-chairs of CB Richard Ellis, the world's largest real estate services company. The Atlanta office, in which Hol­mes works, is the second largest of the publicly traded company's 435 worldwide offices.

"It's a pure service business. We don't have widgets that we're peddling," says Holmes, a lifetime member of the Atlanta Commercial Board of Realtors Million Dollar Club. "Our job is to service our clients, to understand what's important for them and to structure the best deal for their needs. It's very challeng­ing right now, but also very rewarding because our work can save clients a lot of money."

Reflecting on how his Baylor education informed his approach to his career, Holmes sees a clear cause-and-effect relationship. "I learned personal responsibility at Baylor. When you leave home at 16 without mom and dad, you better quickly learn to take re­sponsibility. In a sales and service business, you have a lot of flexibility — you can work as much or as little as you want. Baylor gave me a focus and commitment I would not have had otherwise."

Holmes also points to the social skills learned at Baylor for helping him attain suc­cess. "My job is very relationship driven. I deal with people from all over. Baylor at­tracted students nationally and some inter­nationally back then, and it taught you how to communicate, how to develop friendships with people who might not have the same background and interests as you. That's para­mount to my business."

Holmes still maintains friendships with many of his Baylor classmates and has hosted alumni events in Atlanta, where he has lived and worked for 20 years. When he and his wife, Lara, whom he met at UGA, were look­ing for Atlanta-area schools for their children, Sam, 15, Susan, 13, and Cammie, eight, Hol­mes sought "schools, like Baylor, that were academically challenging and certainly well­rounded. No matter what your interest, Bay­lor had something for you." 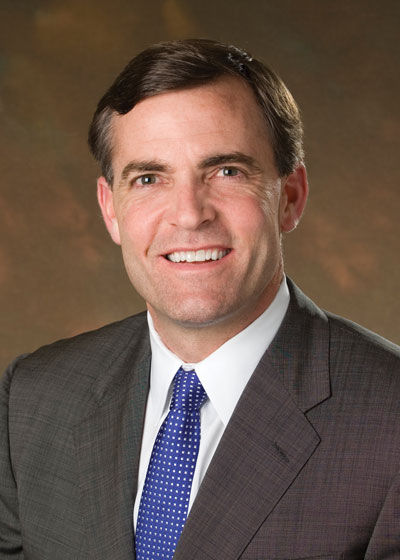