"If I could say anything about the Baylor experience – and it's the thing I would want for my son – it is that it instilled the confidence to set my course and pursue my dreams."

His uncle George P. Mann '60 attended Bay­lor in its last decade as a military school, his brother Harrison Hall '88, was there for the first wave of female day students, and his cousin George E. Mann '90 was enrolled when girls joined the boarding population, but Richard Hall '91 made some history of his own in the two years he boarded at Baylor.

As a junior he won the Jumonville Award for being the best all-around junior man. In his senior year, he was recognized with the O.B. Andrews Award for best all-around senior man and the Herbert B. Barks, Sr. Award for hav­ing contributed to the spirit and quality of the boarding program. An Honor Roll and Distin­guished List student, he was on the track and fencing teams and a member of Red Circle.

After Baylor, Hall studied forestry and Spanish at Auburn University; he chose Span­ish because he knew he wanted to travel, and forestry because his family on both sides grew and harvested timber. The direction his stud­ies would take Hall was determined when he clerked at the New York Commodities Ex­change at the World Trade Center during the summer before his senior year at Auburn. "It opened my eyes to the way finance intersected with the land and timber business. It set my sites clearly on the world of finance," said Hall, now a timberland investment advisor and senior vice president at U.S. Trust Bank of America Private Wealth Management.

"If I could say anything about the Baylor experience — and it's the thing I would want for my son — it is that it instilled the confi­dence to set my course and pursue my goals." And Hall did just that after his stint in New York. Determined to "enter the world of fi­nance with sufficient credentials," he enrolled in a graduate program at the University of Alabama through which he would earn a com­bined law and business degree. In the sum­mer before he began the JD/MBA program, Hall also put his undergraduate Spanish to work, monitoring rainforest habitats for the U.S. Forest Service in Puerto Rico. "I was so oriented to production, big equipment, and harvesting. Watching sea turtles and climbing to 80-ft. platforms within the forest canopy to monitor parakeet habitats, I realized how fragile things could be," said Hall. "It gave me balance and a different perspective."

During graduate school, Hall, who had spoken Spanish daily in Puerto Rico, studied international trade law and international se­curities law in Madrid. "I can attribute my interesting summer experiences to Baylor. I was very into Walkabout, and it instilled in me the sense of adventure and confidence, the notion that the world is your oyster." Hall specifically remembers a Walkabout trip to the Grand Canyon during spring break of his junior year. "When you do that as a young person, anything seems possible. Walkabout was one of the more important aspects of my Baylor experience."

When Hall completed graduate school, he sought a position that would combine his interest in finance, his ability to speak a foreign language, and his experience with natural resources. He began his career at a private equity firm in Boston that specialized in international timberland investment. After a couple of years there he returned to the South, where he consulted for two years, and then worked for a specialty paper company for another two. In 2004, Hall joined the tim­berland services group of Bank of America.

In 2008, Hall had the opportunity to work as a contractor for a joint venture in southern Brazil called Farm and Forestry Management Services. By this time, Hall was well situated with Bank of America, and he was married with a six-year-old son, Richard Jr. "But Brazil is to the timber and agricul­tural sectors what Saudi Arabia is to the oil business, and my wife [Juliane, a native of Brazil] and I thought, 'If not now, when?'"

"I learned how to learn a language from [Latin instructor] Floyd Celapino," said Hall, who has great memories of many of his teach­ers and mentors. Among them are Lewis Rush, a dorm parent in Probasco Hall and math instructor; Ray Deering who was "very instru­mental in helping me figure out what I wanted to do and who I wanted to be"; and Coach Perry Key '81, who was "also very instrumental."

In addition to the memorable Grand Can­yon trip he took with Walkabout leaders O.J. Morgan, Ron Stewart, and Roger Vredeveld '79, Hall was enriched by bird watching, spelunk­ing, and tree planting trips as well as his time on stage and in class with Schaack Van Deusen '61. Hall laughs as he recalls "the mega-project," a major paper assigned to juniors in Dr. John Miller's English class. "It was the insurmountable obstacle I overcame."

Hall now teaches a course in forest finance and investments at Auburn's School of For­estry and Wildlife Sciences and also coordi­nates their study abroad program in Chile and Brazil. "It has given me a chance to give back. I had so much support from a range of individuals and institutions," said Hall. "The best way I can repay my mentors and those who had such a positive influence on me as a young person is to try to do for others what they did for me." 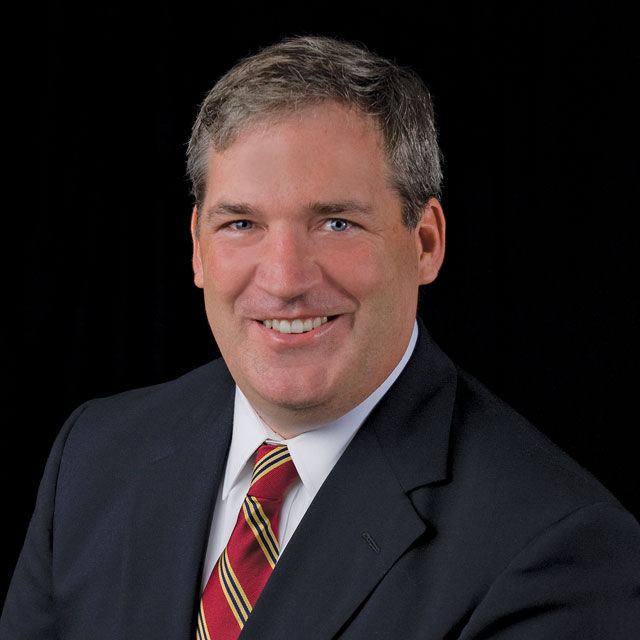