While wrestling and the law seem to have little in common, both enterprises require face-to-face showdowns which are the culmination of long periods of preparation. Sandy Weinberg found immense success in both arenas, often under the brightest of spotlights.

Since serving as the lead prosecutor in the early '80s for the government's case against recently pardoned financier Marc Rich, Sandy has been featured in national news stories. Such high profile attention is common for him, although he now practices as a defense attorney in Tampa.

"As a federal prosecutor, I was blessed to be assigned to fascinating cases," says Sandy, who served under Rudy Guiliani as Assistant U.S. Attorney in New York from 1979-85. "Now, as a defense attorney, I have a most interesting white-collar criminal defense practice."

Working on what he calls "very high profile and contentious cases," Sandy operates under intense media scrutiny. He recently defended the Church of Scientology in a wrongful death suit, which he says was the most difficult challenge he has faced.

When his thoughts turn to Baylor, Sandy recalls a similarly pressure-packed victory. "I remember winning the Mid-South Championship wrestling match," he says. "My nemesis and I had had several tight matches, and we faced each other again. I hammered him in the biggest match of all, but it was the culmination of a lot of hard work."

Sandy's talent on the mat was eclipsed only by his ability in the classroom. The dedication he showed as a student and athlete is the same quality he credits as essential to his success as an attorney.

"I have a passion for the law," he says. "Whether prosecuting or defending, I am absolutely committed to my client. I eat, drink and sleep a case." 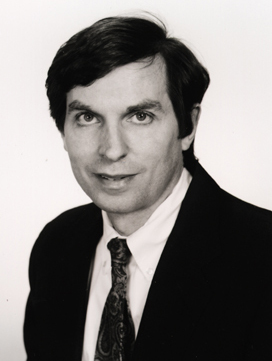