He has earned degrees in archaeology, art history, and ancient civiliza­tion, but

says a kinship with Indiana Jones is the real impetus behind his recent global odyssey.

In a cleverly crafted travel blog documenting his adventures, Prater writes, "Ever since I was a kid, I've wanted to be Indiana Jones. To explore impenetrable jungles, remote temples, exotic bazaars. To experi­ence the unfamiliar customs of faraway cultures. I even hate snakes."

According to his blog, Prater was working in the marketing field after college and nurturing a passion for travel photography when he decided to "satisfy my wanderlust...and not with a two-week vaca­tion." His goal is to travel to six continents and 40 countries with only a backpack for about a year-and-a-half, following in the footsteps of the great explorers David Livingstone, Marco Polo, and James Cook.

In addition to stunning photography, Prater's blog (aptly named Wanderlust) is a descriptive and enjoyable account of his adventures. Whether it's an encounter with "billions of ants crawling over every square inch of dirt" in Zimbabwe, snorkeling in Bali, dining on blow­fish in Cape Town, embarking on a zip-line canopy tour through the ancient Tsitsikamma forest, or bungee jumping "at a vertigo-inducing 708 feet" above a rugged gorge in South Africa, Prater seems to be pushing himself to limits that would make Dr. Jones proud.

"After a terrifying experience at Vic Falls, I vowed never to bungee jump again, but I couldn't resist the challenge of the world's highest jump," he writes. "Maybe jumping out of a plane in Namibia has made me a bit more courageous, or maybe I'm just dedicated to the gung-ho philosophy I have set for myself on this world trip. I am traveling the world because I want to get the most out of my time on this planet. I want to live without regrets. I quit my stable job to go on this trip – surely I can find the courage to jump off a bridge! I've done it once, and even though I didn't like it the first time, most things in life deserve a second chance."

Although attempts to contact Prater were unsuccessful, his former teachers and Baylor friends wish him well on his journey. 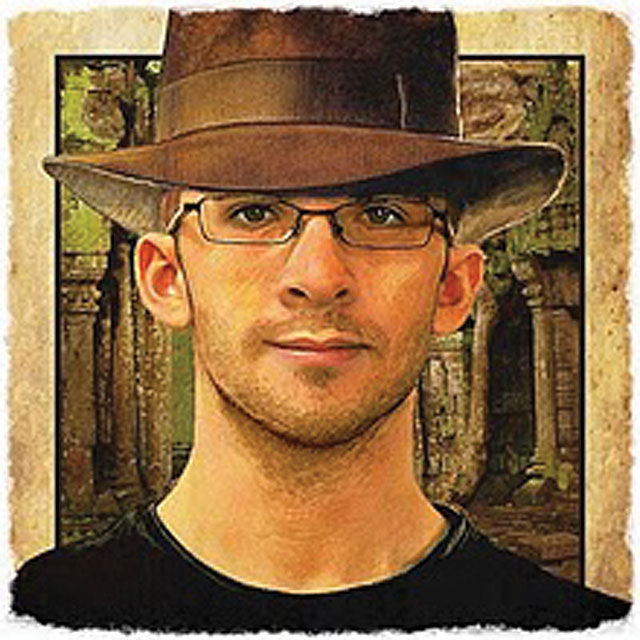