"This school produces leaders. You stand a little taller and walk a little prouder knowing that you've gone to Baylor."

Many roads merged to bring Lyndsay Thurston Botts '93 to her current role as chief of staff to the Commissioner of the Tennessee Department of Transportation (TDOT).

From the time she can remember, Botts was "a news junkie and a ham." As a fifth grader, she found the ideal outlet for her interests as a reporter for WTVC-TV NewsChannel 9's "Kids News" program. Botts spent many hours at a desk at the Channel 9 studio recording the after-school news program for children, and local news personality Marcia Kling was her mentor.

When Botts was a student at UT Knoxville, where she earned a B.S. in communications with an emphasis in broadcasting, she interned at Channel 9. During her internship, the staff unearthed — and enjoyed showing everyone — a tape of a younger Botts on "Kids News."

Although Botts was self-assured in front of the camera, throughout middle school and high school she never considered herself a scholar, excelling only in English and writing courses. Certainly bright enough to do well, Botts sought a school whose culture would gel with her learning style. She transferred to Baylor for her junior and senior years in hopes of finding a place where she could flourish.

"Baylor embraced my strengths; I didn't have to fit into a mold," said Botts. "Baylor was a confidence boost for me in every way." As an example, Botts cites a women's literature class she took from Sue Gawrys. "She was fantastic. She built up the confidence of every student, helping them with what they had to focus on. She cared about you as an individual and not just as a student. She'd give us a selection of authors, and we would choose how the course took shape. I felt that she was also learning from us, and it was very empowering."

Botts also indulged her love of performance, dancing with the Baylor Moving Company for two years, cheerleading as a senior, and taking acting for production, a theater elective offered by Schaack Van Deusen '61. "It was great to learn from Schaack, one of the best thespians in this corner of the nation. He always made you feel special, was always encouraging, and put you at ease."

Botts enjoyed that the school's head football coach, Ralph Potter, taught one of her favorite courses, American history. "His course is probably what ultimately led me to a career in government. He made history fun; it was story-telling. He coached such an amazing football team, but as a great teacher also, he just let the interaction flow in the classroom."

Of course Potter had a willing government student in Botts. One of her early memories is of watching the Bush-Dukakis debate and being fascinated by it and the electoral process.

In Botts's first post-college job, she was able to learn about messaging firsthand as a "one-man-band" (now known as a video journalist) at a small cable station in Cleveland, Tenn., where she shot, edited, wrote, and reported stories. Covering a story in 2000 about a Leadership Cleveland class, she selected Kevin Botts for an on-camera interview as a ploy to meet him. They still have the videotape from that newscast, which they ran across when moving into their first house after they married in 2002. Botts next worked for FOX 61 in Chattanooga, first as a general assignment reporter and then as afternoon news anchor.

When U.S. Senator Lamar Alexander opened a Chattanooga office in 2002, U.S. Senator Bob Corker, who was then Chattanooga mayor, recommended Botts for Alexander's staff. For the next eight years, Botts served as Alexander's field director, representing the senator at meetings and events, and delivering speeches on his behalf in 17 counties in southeast Tennessee. In 2009, she became his assistant press secretary, traveling with the senator to press events throughout the state.
Botts held that position until 2011, when she, her husband, and their daughter, Mary Mason Botts, now five, moved to Nashville.

Botts took a job there with Governor Bill Haslam's administration as communications director for TDOT. Botts only held the post for six months before TDOT Commissioner Schroer promoted her to his chief of staff. As such, Botts serves as an aide and adviser to the commissioner, representing him much in the same way she did for Sen. Alexander. "I have had to learn a tremendous amount about our state's transportation system," said Botts about her new challenge. "TDOT affects every Tennessean every day. It is a vast organization, and I am learning absolutely every minute of every day."

Asked how Baylor helped prepare her for her career, Botts answered with three c's — confidence, communication, and connections. "Baylor gave me the confidence to believe that I could achieve success. We were always challenged to speak up, we were asked, 'What do you think?'" Says Botts, "The Baylor network is truly invaluable," noting that she cannot think of a fundraiser, inauguration, or leadership roundtable where she has not run into a Baylor alum or met someone with a connection to Baylor.

One of the reasons Botts was hesitant about moving to Nashville was that she always dreamed that her daughter would one day attend Baylor. Fortunately Botts's stepson, Greer Botts '18, is at the school now, and Botts herself stays active with the Baylor Alumni Board.

"I'm going through Leadership Tennessee, a 12-month initiative for the state's emerging leaders, and so much of the foundation is what I learned at Baylor — being the best at what you choose to do." said Botts. "This school produces leaders. You stand a little taller and walk a little prouder knowing that you've gone to Baylor." 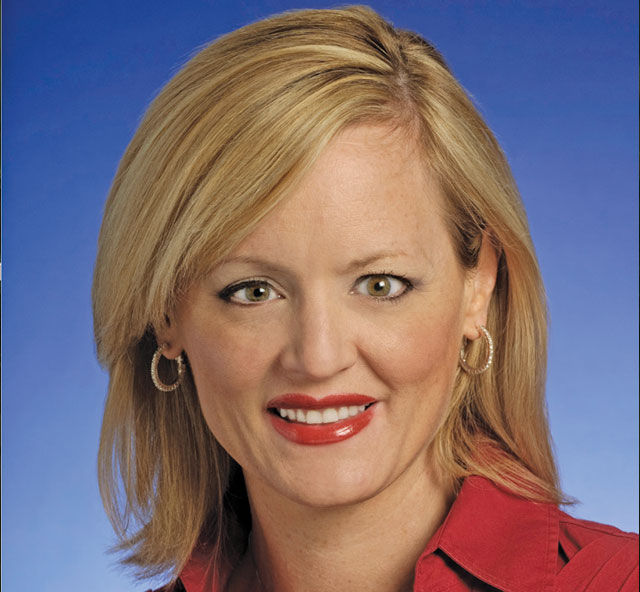