"Baylor prepared me to get into college and to succeed in college and law school. Anyone can memorize rules, but you have to be able to think. I think my education at Baylor was my foundation for learning to think strategically."

Laurie Speed-Dalton '92 turned 40 the Friday before she was interviewed for this article. On Saturday she swam ten miles in the Tennessee River in less than four and a half hours.

That Speed-Dalton is still swimming won't surprise anyone who knew her as a Baylor student — or as a five-year-old in awe of a babysitter who competed for the Signal Mountain swim team. "I was good at it [swimming], and it was a source of confidence for me," said Speed-Dalton. She joined the Signal Mountain Green Giants in kindergarten, and by second grade she was on a club team that practiced and competed at Baylor.

Comfortable on the campus of the then all-boys school, Speed-Dalton was fortunate to be entering middle school when Baylor made a major change. She was in the first class of girls that started at Baylor in 1987 and went through to graduation.

"Naturally the culture of the school did not change overnight," Speed-Dalton remembers. "For a while, Baylor did not know how to deal with girls. I also ran cross country, and I remember on a rainy day, we were on the stationary bikes. The boys' team came in, and they kicked us off the bikes. Baylor's perspective towards girls did evolve over the time that I was there. But everybody had some changing to do."

Now an attorney representing plaintiffs in personal injury cases, Speed-Dalton says, "We were second class citizens for a while. I'm convinced that my time at Baylor helped form who I am. I believe in equal rights; I tend to be an advocate in all aspects of my life."

Clearly the girls' program found its way, because a team that started with six swimmers was soon winning state championships. The girls graduated from a single bathroom to an official locker room. "Baylor did a good job of creating the best program in the Southeast. I was proud to be part of the Baylor 'Swimmin' Women." Speed-Dalton also notes that along the way, things changed for the old guard. Her track coach, Bill McMahan '67, for example, learned that he could push the girls as hard as the boys in practice, and they would rise to the occasion.

Outside of the pool and off the track, Speed-Dalton enjoyed studying languages. Sort of. She did well in English and says that Heather Ott was a great role model. But Speed-Dalton laughs when she recalls her attempt at learning Latin. "I took it because I really enjoyed Floyd Celapino, but I was awful at it." She was relieved when Celapino assured her that she could receive his counsel even without conjugating Latin verbs. She remembers Sue Gawrys as a great English teacher, and she enjoyed class with Jim Stover. "Coach McMahan and Heather Ott were my mentors and have had a big effect on my life. We have stayed in touch even 20 years after I left Baylor."

Speed-Dalton chose her college for its academics and its swimming program. She was a Division III All-American at Emory University, where she double-majored in English and women's studies. Named an Academic All-American, she received a post graduate NCAA scholarship, which she used to attend law school at Emory.

During law school, Speed-Dalton determined that she wanted to be a trial attorney. "The litigator's skill set is similar to an athlete's — competitive and risk taking." She began her career at Chambers, Mabry, McClelland & Brooks in Atlanta, defending insurance companies in general tort liability cases. When a few of the firm's partners left to form Chambers, Aholt & Rickard, Speed-Dalton was the only associate asked to join them. The bulk of the work in the new firm was prosecuting the other side — plaintiffs with viable personal injury cases. Speed-Dalton, who made partner after four years, at first specialized in nursing home abuse and neglect cases. Since the 2005 passage of tort reform in Georgia, Speed-Dalton's work has expanded to other areas of medical malpractice. She is proud to help those whose quality of life has been diminished.

Asked how Baylor informed her career, Speed-Dalton said, "I think of [geography instructor] Mr. Hubbs. He was tough on you, but he got results. I can really appreciate the value of a great prep school, especially now that I'm a mom. At Baylor, there are plenty of teachers and coaches to give you the tools to arm yourself for the future. You are not spoon-fed."

"Baylor prepared me to get into college and to succeed in college and law school. Anyone can memorize rules, but you have to be able to think. I think my education at Baylor was my foundation for learning to think strategically." 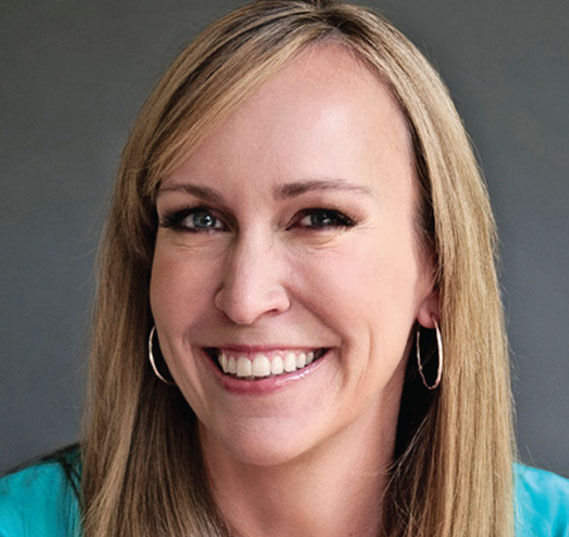