From the time Lauren Templeton '94 was eight years old, her room in Winchester, Tenn., was decorated with certificates of the stocks she selected for purchase each month. The bedtime stories her father told her were tales of investing.

Templeton, who now heads Lauren Templeton Capital Management, LLC, a registered investment advisor on global value investing, never doubted that she would end up with a career in finance. But even she did not anticipate launching a hedge fund at the age of 24 and writing a bestselling book on investing. After graduating from Baylor, Templeton attended the University of Georgia and then transferred to Sewanee: The University of the South.

A typical career path in capital management would have included a major in business or finance, but these areas of study were not available at Sewanee, so Templeton earned her B.A. in economics. "Economics is the best foundation you could ever lay for business. Economics makes you look at the world a little differently."

Discovering a major that would influence her future career was one great thing that happened to Templeton at Sewanee. The other was meeting her husband, Scott Phillips, through a Sewanee program at St. John's College in Oxford, England. The couple now has two daughters, Mary Handly, three; and Ann Claiborne (Annie), born in December.

When Templeton graduated from Sewanee, she moved to Atlanta. "The first thing I did was write to Baylor and Sewanee to get the names of alumni in the Atlanta area. I noticed an immediate connection with the Baylor alumni." She notes that Scott Akers '69 was especially helpful. Templeton eventually landed a job at Morgan Stanley Dean Witter as a sales assistant. "I made the best coffee there and answered phones with a smile, and I was eventually promoted."

In her next job, at an Atlanta hedge fund, Templeton reignited her relationship with her great uncle, the philanthropist and pioneer of global investing, Sir John Templeton. Templeton knew her great-uncle from his frequent visits to Winchester, and the relationship grew closer as she caught his attention as an investor. One day, Templeton, then 24 years old, received a fax from Sir John. "It said, 'I am seeding a hedge fund for you with 30 million dollars.' I knew immediately that I had a tremendous opportunity to learn from one of the very best, but do not think for a second that my path has been easy."

Templeton launched her fund in Atlanta in June 2001, just before the events of September 11. "It is a good thing that our motto is 'Trouble is Opportunity."

Templeton moved her firm to Chattanooga in 2006. "Ultimately it was my relationship with Baylor that brought me back. My husband and I became engaged around this time and knew that we would eventually have children. We wanted them to attend Baylor, and we were impressed with Chattanooga. It's a great place to raise a family."

Templeton was starting to get more involved with Baylor at the time of her move. She had just established the Harvey and Jewel Templeton Noble Purpose Scholarship Award for the school. The Award was modeled after an essay contest her mother had created on behalf of the John Templeton Foundation called the "Laws of Life." The Noble Purpose Scholarship invites Baylor juniors to interview and write about a person who has led a happy, fulfilling life centered on noble and inspiring purpose. The writer of the winning essay receives $5,000 towards Baylor tuition.

Templeton's establishment of the Noble Purpose Scholarship — and her service as a Baylor Trustee and chair of the Endowment Committee — is part of her desire to give back to a school that has meant so much. "Baylor changed my perspective on everything. Baylor taught me to think really big and broadened my horizons."

When asked which teachers stand out when she thinks of Baylor, Templeton recalls Jim Stover, Sue Gawrys, Dan Kennedy, and Bill Cushman '59. "They were all determined to cultivate the talents in each student they encountered. They knew their students really well, and that is because they cared."

She also has good memories of pottery teacher Bill Ashley. "I was terrified to go to class. I felt that he picked on me. But he realized how shy I was and worked very hard to draw me out of my shell. It took all semester, and it finally worked."

Ashley would be pleased by Templeton's confidence today. She is the founder of the Southeastern Hedge Fund Association, Inc. in Atlanta and the co-author of Investing the Templeton Way: The Market-Beating Strategies of Value Investing's Legendary Bargain Hunter (which has been translated into nine languages). She is one of the investors profiled in the book The Templeton Touch released in November 2012. And Templeton counts many Baylor alums among her best investors.

"My life is about thrift, saving, and compounding money on behalf of my investors. When I think about Baylor, I know that the payoff has been a lot bigger than the cost. Education is expensive, but I see it as the best investment my parents have ever made." 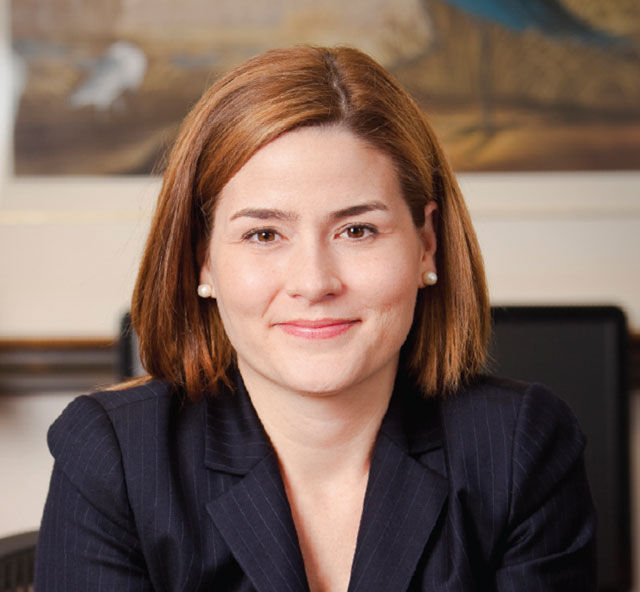