A month into her junior year of high school, Kim Keith Berglund's family moved from Atlanta to Chattanooga. Not knowing what to expect, Berglund was relieved when she visited Baylor in anticipation of the move and attended Joe Gawrys's world literature class. "I thought it was cool and liked the way he set up the class. It was more of a discussion than a lecture," she remembers.

Once she enrolled, Berglund encountered many other Baylor teachers with whom she clicked. With the support of dance instructor Karen Smith, Berglund, who had stopped danc­ing in ninth grade, again made it a priority. "Karen was a great teacher. She encouraged me to take classes both at Baylor and at Chat­tanooga Ballet and not to worry if I was the worst one in the class." Berglund laughs as she remembers Chattanooga Ballet classes in which she towered over the 11-year-old students who danced alongside her.

"I never liked history until Pat Steward's American history class," said Berglund. "His lectures were interactive and made us think beyond memorizing dates. And Sue Gawrys was such an intelligent and wonderful per­son and English teacher. I loved her selection of books for AP English, and her great per­spective on literature." Gawrys and Steward also guided Berglund through her English/history inter-disciplinary senior project, for which she wrote a mock memoir of the singer and entertainer Josephine Baker.

English teacher Chris Watkins was Ber­glund's adviser her senior year. "He inspired confidence and encouraged us to be who we were. I was really disappointed I never had him as a teacher. Fortunately, we still keep in touch with each other."

Although Berglund had always been in­terested in teaching, the anthropology class she took at Baylor from Bill Tatum inspired her to consider a career in the subject. She did take a few anthropology classes when she entered Dartmouth College, but she realized as a freshman that she was interested in early education. Dartmouth does not offer an edu­cation major, so Berglund earned an A.B. in psychology with a minor in education.

She taught second grade for a year at Milton Academy outside of Boston before enrolling in a one-year graduate program and earning an Ed.M. from Harvard Univer­sity. Berglund intended to become a reading specialist and did take some literacy courses in graduate school. But as a longtime fan of children's television, Berglund chose as her concentration a program in technology, in­novation, and education.

Through a work-study program, Berglund assisted a doctoral student who was studying whether children could acquire literacy skills by watching two PBS programs. The results showed measurable gains, demonstrating that children learned narrative skills from "Ar­thur" and phonics skills from "Between the Lions." She also worked on the popular show "ZOOM" at Boston's PBS affiliate, WGBH, first as a production intern and, after graduate school, as a full-time script coordinator.

Berglund left Boston to be near Andy Ber­glund, now her husband, who was enrolled in a graduate program in Los Angeles. She took a development position at Disney, where she worked with writers and producers to create television pilots. She developed "The Replacements," still a popular show today, and she worked on "Mickey Mouse Club­house." After two years, Berglund was wooed from Disney by Nickleodeon to serve as its manager of animation development.

Although she enjoyed working in commer­cial television, Berglund eventually missed hav­ing an education component to her work. In 2006, when Andy completed his Ph.D. in phys­ics at Caltech and took a job in Washington, D.C., Berglund applied for a position, funded by a U.S. Department of Education Ready to Learn grant, for a programming executive and education consultant.

Berglund's background in literacy, educa­tion, and animation was exactly what they were looking for. She is now responsible for reviewing PBS Kids content to ensure that the curriculum is consistent across all platforms — television, website, and outreach — and meets the education goals identified for each show. She also functions as a creative executive. And, if Berglund ever needs to do any further study, she now has a ready subject. Her two-year-old son, Elliott, is starting to watch "Sesame Street" and "Barney." "He's already learned a lot of letters and numbers; it's pretty amazing."

Last June, Berglund served as a mentor for a career-shadowing day that matched 12 Baylor students who were in Washington on the new David M. Abshire Leadership trip with area alumni. Senior Natalee Oldham spent a day with Berglund learning about producing children's programs for PBS Kids and attending meet­ings to plan new educational links on pbskids.org and new educational TV programs. "Mrs. Berglund is a very influential business woman, and it was a pleasure meeting and spending time with her," said Oldham.

Looking back, Berglund is glad that her family's move to Chattanooga brought her to the Baylor campus. "Without bells or a home­room, you had to be responsible for yourself at Baylor. You were treated like an adult," said Berglund. "In a lot of classes, you were forced to think beyond what was on the page and to apply your knowledge, which is what you have to do in life. It has really helped in all my jobs." 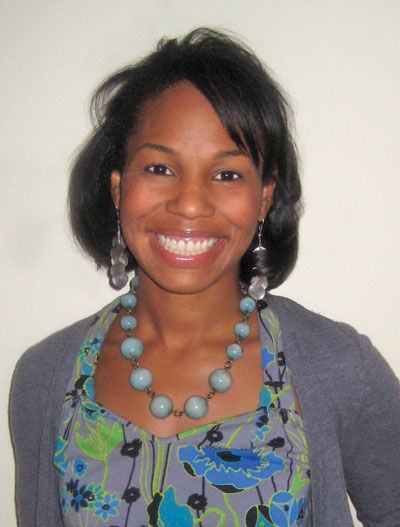