From the time he can remember, Justin Boyd has loved science and discovery. Even before he could put a name to it, his passion was biology "because you can see, smell, and taste it." Justin is now using those senses daily as a research scientist at the National Institutes of Health (NIH) in Bethesda, Md. As a visiting scientist employed by the German drug discovery company, Evotec, Justin is working in the same NIH lab where he earned his post doctoral fellowship.

Justin recalls every science class he took at Baylor, from seventh grade science with Barry Hall to Bill Tatum's Freshwater Ecology class, where students conducted research. "Mr. Tatum designed a course around the study of a beaver dam in Mountain Creek, which fed into Baylor Lake. We took water samples, there was some botany, animal surveys, and then we had to write it up at the end of the semester. It was a great introduction to research."

Justin also took Mr. Tatum's AP biology, which allowed him to move quickly to upper level courses when he studied biology at Rhodes College. As a Rhodes senior, Justin spent a semester in Northern Ireland, which led him to narrow his scientific focus to neuroscience. When he returned, he found a position at UT Health Science Center's neuroscience lab studying the brains of mice, rats, and, less often, humans. "That the brain can't conceive itself is fascinating to me. We understand how the rest of the body works, but we still don't really know how memory is constructed and exactly how a nearly limitless capacity of storage is maintained. We cannot comprehend the complexity that controls all the processes in which the brain is involved. Neuroscience is truly one of the last frontiers."

His work at the NIH allows Justin to explore that frontier with some of the world's best resources at his disposal. Few people in academia worldwide have access to the equipment Justin uses daily in his stem cell research. Justin is part of a team taking a different approach to the use of stem cells in working with patients who are fighting the degeneration associated with aging or disease.

The most popular belief is that in order to stimulate regeneration, stem cells should be harvested, expanded and differentiated, and existing cells replaced. But the NIH study offers an alternative to cell replacement therapy. Justin and his colleagues are studying ways to target existing cells and mobilize them through the use of a compound or drug. One of the many advantages of utilizing and enhancing existing stem cells is that there are no foreign objects to trigger the body's immune response.

"This is not going to happen tomorrow, but if this approach is embraced, it can truly be remarkable," says Justin. "Enhancing what exists provides a better chance than any other strategy to regenerate tissue." The findings from Justin's research for Evotec will have implications beyond the NIH and into the private sector on an international scale.

Justin is clearly excited by his work. While he enjoys all aspects of science— he earned his Ph.D. from the UT Health Science Center in interdisciplinary science in 2006—cell biology remains his favorite area of study. "Every time I look down the microscope, I see something new. I've seen tons of brains. But when you look at the cell system that creates the brain, you always find something unexpected. You may discover something no one else in the world knows about but you."

Justin's love of discovery has not been limited to only science, and he believes his balanced education has enhanced his approach to scientific research. "My liberal arts perspective was fostered at Baylor. I did my best work in art. I had Betsy Carmichael for six semesters and she was very influential. My English teacher, Dr. Lanza, taught me how to think and how to write, which were absolutely key to the success I've had." That broad view has helped Justin realize and appreciate that what he might see and interpret in a scientific setting is not the same as what someone else might see and interpret.

"Baylor helped me develop into a person who can look at science from many perspectives and appreciate it in the context of the human condition." 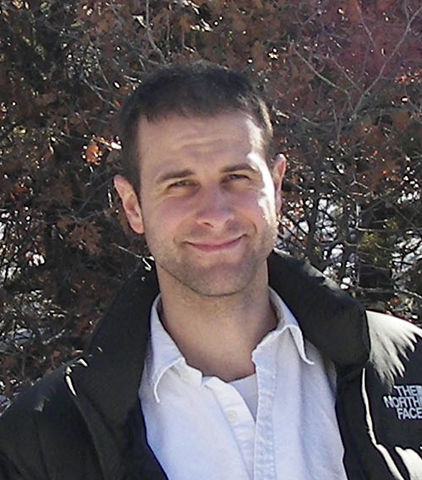