As oil gushed from the BP Deepwater Horizon in the Gulf of Mexico last summer, efforts to contain the spill on the surface were low-tech in nature: skimming, chemical dispersants, and burning. Containing and capping the spill at the depths of the sea floor, however, relied upon the high tech, remote-operated vehicles (ROVs), which are essentially ro­botic submarines used for underwater observation and interventions.

As a co-founder of Oceaneering International (NYSE:OII), a glob­al provider of equipment and services for deep-water rigs and subsea projects, Johnny Johnson '57 is no stranger to major underwater opera­tions. Oceaneering's recovery projects have included the Titanic, the Challenger Space Shuttle, Amelia Earhart's plane, TWA Flight 800, the Liberty Bell 7 Space Capsule, the Civil War submarine Hunley, and the ocean liner Lusitania. The company has additional expertise in underwater drilling support, construction, environmental manage­ment, and repair services for offshore oil companies, so it's no surprise that they were one of the companies called upon to assist with BP's spill response efforts. At the height of the clean-up, the company had 16 ROVs deployed at the spill.

"The reaction and plan of attack for getting a solution in place worked quite well from the standpoint of offshore drilling and the support phase — I think that the industry responded to a need and their game plan proved to be very effective. There weren't many op­tions for that situation," said Johnson.

Retired in 2004, Johnson lives in Townsend, Tenn. with his wife, Jodie.

As part of their comprehensive daily coverage of the gulf oil disaster last summer, NBC visited Oceaneering's branch in Morgan City, La. (the company is headquartered in Houston) to gain firsthand knowledge of ROVs. The story aired on NBC nightly news on July 3, 2010. 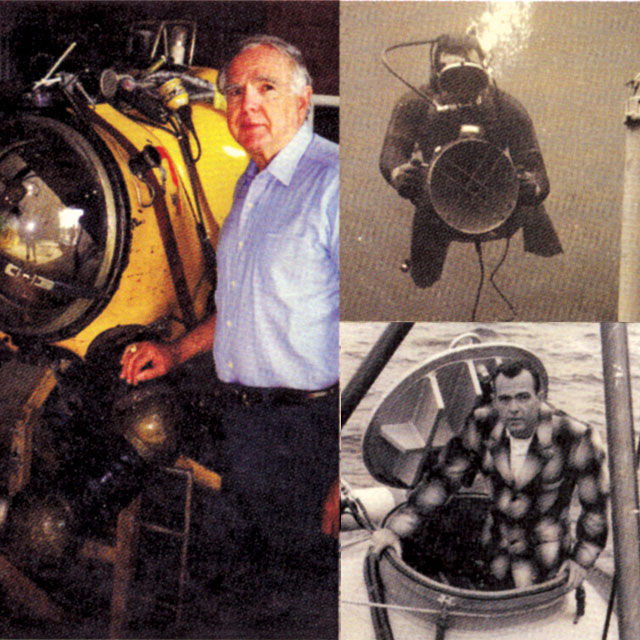