Jenni Kirk Steck '93 has combined her acting, administrative, and teaching skills to make a career doing what she loves. A stage actress in Hollywood, Jenni would certainly consider roles in movies and television but has had more success in theater. She is a founder of a non-profit theater company, a dialect coach, and a teacher of fundamentals of voice and movement at California State University, Northridge.

Her first foray into theatre came when Sue Ramsey, dean of the ninth and tenth grade, suggested that Jenni audition for director Schaack Van Deusen after hearing her read aloud from Romeo and Juliet in English class. Jenni calls Schaack "generous and strict" and considers herself fortunate to have had her talent nurtured at Baylor. "The important thing that Baylor does is to cherish the arts. A lot of people don't get that at their school." Jenni was also influenced by Dr. John Miller's English class; her involvement with Baylor's film club, Inner Circle; and her work with the Chattanooga Theatre Centre, then called the Little Theatre.

Jenni pursued her interest in theatre after graduating from Baylor, first earning her B.F.A. in acting from Southern Methodist University and then her M.F.A. from the University of California at San Diego. She met her husband, Ira, also an actor, at SMU. The couple was among the Los Angeles-based SMU alumni who founded the non-profit theatre company, Meadows Basement, named for the Meadows School of the Arts at SMU. The theatre company, called by L.A. Weekly "the best of the city's seat-of-the-pants theatermaking," brings little known productions and new playwrights to Los Angeles. Jenni is on the artistic board, acts in productions, and raises funds for the growing company.

She added dialect coach to her resumé when a director friend asked Jenni for help with dialect for the Faulkner play As I Lay Dying. Soon other actors sought Jenni's services, and she heard from managers whose clients needed coaching for auditions, shows, and television parts. Jenni enjoys the mixture of acting and coaching. "Being an actor gives you empathy as a coach. Actors confide in you, and you can figure out how people learn through listening."

Jenni enjoys being both instructor and pupil and is thankful to her Baylor teachers, whom she credits with teaching her how to learn. "Because of my speech coaching, I am thinking of going into speech therapy," she says. "I think people change, and your interests change. I want to learn something new and see where it takes me." Jenni is currently enrolled in a biology course at UCLA just to challenge herself. "I love it," she says. "Maybe I'll go to medical school," and then adds with a laugh, "or maybe I'll just play a doctor on TV."

Jenni's uncertainty about her future in theatre is compounded by her ambivalence about living in Los Angeles. She would like to live somewhere with more natural beauty and be closer to her parents, whom she misses very much. "They are the real reason I was able to go into this [theatre]." Until she got her license, they drove Jenni each day from South Pittsburg to Baylor and to play practices. "My mom would read in the car while I rehearsed for hours."

While Jenni is weighing her options, she is thriving in the theatre world. Last year she acted in Blur and produced Kid Simple, both through Meadows Basement; starred in Engaged at the Santa Cruz Shakespeare Festival; and helped produce a nativity play through Yale Cabaret in Los Angeles. So far this year, she has worked as a coach on The Picture of Dorian Gray for the Boston Court Theater Company and consulted on The Glass Menagerie.

"Theatre is a harder career than others," says Jenni. "In most businesses, you start at a certain level, and there is a career path. In this business you can have a hit TV show and not work again for five years."

While she is realistic about the potential pitfalls of acting as a career, Jenni could never give it up completely. "I would always participate in some way. It's too much a part of my life. If I really did go to medical school, I'd be a doctor who produced a play on the side." 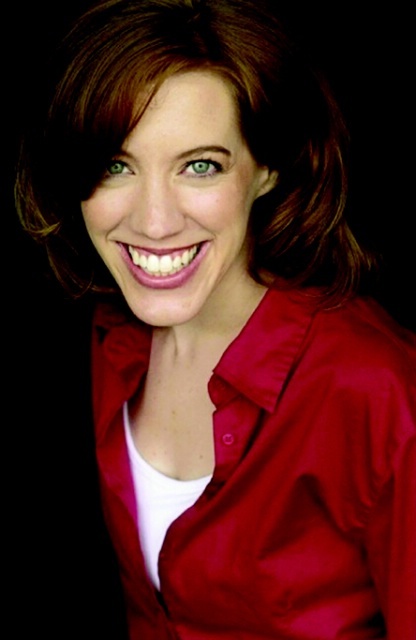