Jack Studer '01 and his partners selected the name Lamp Post Group for the company they co-founded because it works on many levels. The lamp post is a landmark in the country of Narnia in C.S. Lewis's Chronicles of Narnia series. It plays a part (likely a tribute to Lewis's classic books) in the television series Lost, and of course a lamp post helps light the way in darkness.

Studer and his Lamp Post partners provide that light — along with investment capital, web design, human resources, billing, and guidance — to entrepreneurs in 12,000 sq. ft. of newly renovated office space in the Loveman's building in downtown Chattanooga. "Starting a company is like giving birth; everything is always at the infant stage," said Studer of the $200 million group of companies that is a combination of a venture capital company and startup incubator. "It's where you can have the biggest impact and where the energy is. I love what I do. Of all the partners in Lamp Post, if any of us won the lottery tomorrow, we'd still continue to do this."

But investing in startups was not the career Studer had in mind as a Baylor student when he worked on jeeps and trucks after school and every summer. His plan back then was to earn an undergraduate degree in mechanical engineering and then an MBA. When he enrolled at Princeton, though, Studer discovered that mechanical engineering was not the hands-on career he had envisioned. "I figured if I wasn't going to be working with my hands, I'd work in finance instead." When he learned that Princeton offered a degree in operations research and financial engineering (ORFE), Studer realized that he would not need to pursue two separate degrees after all.

Fortunately for Studer, the combination of economics and engineering was highly valued by Wall Street, and Studer's first job after college was as an investment banker with Credit Suisse. His work in mergers and acquisitions in Silicon Valley included transactions for Google, Oracle, and HP.

After a couple of years with Credit Suisse, Studer left to co-found DraftSpace, an online document security company, and divided his time between California, New York City, and London. During one of his visits to Manhattan, Studer met his wife, Caitlin Studer, now an associate in Baylor's alumni office, through Mary Elizabeth King '01, who had attended Boston University with Caitlin.

In 2008 DraftSpace became part of an Indian company, Copal Partners, and Studer moved to Mumbai, India, for six months during the acquisition process. When he returned to the U.S., he worked in Seattle with another web startup, Wetpaint, and then in late 2010 he returned to Chattanooga to be near family and put down roots.

Studer grew up on Signal Mountain, and he and his sister, Abby Studer Garrison '99, attended Baylor on the advice of former Baylor English instructor and associate headmaster Doug Hale, who had known Studer's mother growing up in McMinnville, Tenn. Studer, a National Merit Finalist, played basketball and rowed crew for Baylor, but he laughs when he notes that his biggest trophy was for a math competition. He was also involved with Walkabout, was a Freshman Trip leader and a member of Round Table and the film club, Inner Circle. "Doc Miller was an amazing person in the way he looked at things. Movies are a big way that we communicate with each other. My only foray into that world was when I was at Baylor."

Studer also remembers classes with instructors Ray Deering, Jim Stover, and Joe Gawrys. "Even though I'm more on the math and science side, English jumps out because starting in seventh grade with The Giver, the discussion in English was just amazing. At Baylor we read books with meaningful subject matter, and we were on very equal footing in our discussions," said Studer. "The teacher was not up on a hill throwing knowledge down at you the way it was in college.

"The environment in which you learn and the people you learn with is infinitely more important than what you learn. But I retain the ability to take in information and get value from it. That was very well done at Baylor."

The ability to assimilate information serves Studer well when he is presented with business plans from diverse industries, but an in-depth knowledge of a particular industry is not required in order for Studer to advise Lamp Post's 11 portfolio companies. "We know how to execute business. You have a group of people with a product or service selling it to another group of people. We can do our thing whether someone has a sporting goods company or a software company. We like good ideas and passionate people."

Studer enjoys hearing ideas from all kinds of people, and again, his Baylor education enhanced his ability to do well in a business that at its core is about the ability to make connections with others. "We had ethics class in eighth grade, mythology, Eastern religion, Western religion, and we talked about things in high school that kids don't usually talk about. I was glad to have all that when I went off to school in New Jersey, and it made it easier when I lived in India. There were things out there that I hadn't thought about and wouldn't have if I hadn't gone to Baylor.

"I have friends with kids who are thinking about where to send them, and I think Baylor's open-mindedness is important if you are going to be part of the broader world." 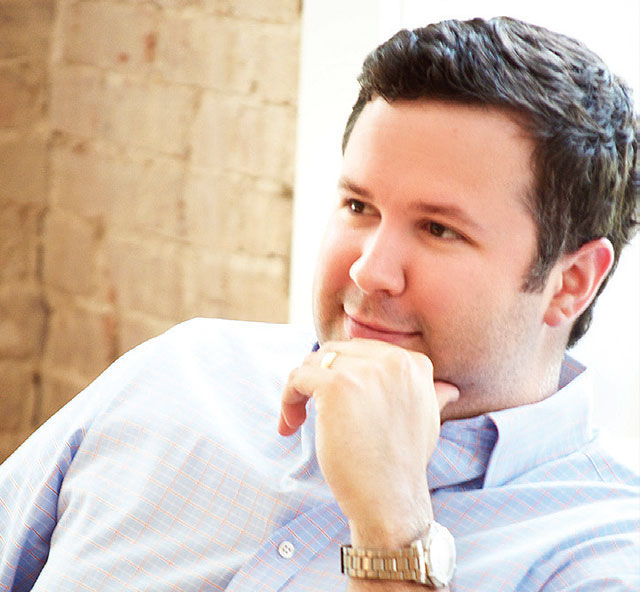