Menu
George Mann '60
When George Mann says he prefers living off the land, he's not kidding. The wildlife museum owner and twice-named Alabama Governor's Wildlife Conservationist of the Year spends as many as six months a year in the Alaskan wilderness with nothing but "a monofilament line, a one-man tent, and a sleeping bag," along with minimal food rations. A lifelong bow-hunter with a string of world records, the Alabama native says he now prefers to spend these forays "hunting" with a camera.

And while his passion for the outdoors stems from a childhood spent hunting, fishing, and trapping, he credits his years at Baylor for his mental and physical fortitude. "I grew up trapping and hunting, but it wasn't until I arrived at Baylor that I learned the discipline and ethics that have been so valuable to me," George says.

After earning a degree from Auburn University, where he received a track scholarship, George and his wife, Lucretia, purchased Opalika Welding, Machine & Supply, Inc., the management of which has now passed to one of the couple's three children, George E. Mann '87. Now, he uses his entrepreneurial expertise and passion for big game to manage the recently opened Mann Museum, a 1,600-acre property dedicated to wildlife conservation through education.

"The museum was a dream of mine for some time," George explains. "I've always thought there was a need for a place where children can really get close to some of these animals, to appreciate their beauty and size, and also to learn about their natural habitats. The museum's exhibits are designed so that the children can walk up to the animals and really look at them."

The museum also features specimens caught by George during his bow hunting years, including a world record polar bear. Others have been donated by the Alabama Department of Wildlife and Conservation, and George is first to point out that all have either died from natural causes or were hunted from managed populations. 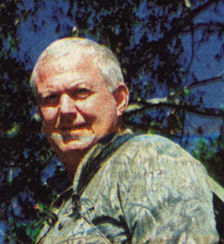