Dr. George Alan Smith '87 is wholly content serving as chief of staff for the U.S. Department of Education's Office of Vocational and Adult Education in Washington, D.C. But positions that Smith would consider down the road tell a lot about who he is. He could see himself, for example, heading a community college (even though he attended Ivy League schools) because "they serve populations I'd be interested in helping." He also could see himself "leading a foundation to help set an agenda on what it would fund," or "taking on other leadership roles within the federal government."

Although Smith's career so far has been about education, he earned his B.A. in communication studies from Cornell University (after transferring as a junior from the University of Tennessee at Chattanooga). When he graduated, he returned to his native Chattanooga and taught employability skills at Tyner High School through Jobs for America's Graduates. The curriculum was a job skills program, and "even then, I encouraged students to graduate and attend college," said Smith.

Now that he was teaching, Smith could appreciate some of the methods employed by his Baylor instructors. Smith's Lower School math instructor John Bradford began each day with a short mystery for students to solve. When he started teaching, Smith contacted Bradford and borrowed some of his mysteries. "The way he approached getting us ready for instruction is the way I prepared my students to get them focused each day."

Smith taught at Tyner for a few years before he was hired to work as a Baylor associate director of admissions and forensics coach by Bill Murdock '81, now Baylor's director of financial aid, and Doug Hale, director of the Lower School when Smith was a Baylor student. "Both were very fine colleagues. Doug had been a role model when I was a student, and he was a mentor when I was a faculty member."

Working at Baylor also gave Smith the chance to work alongside other memorable instructors. "[Biology teacher] Jerry Harris gave us an assignment to research our family history, and that project sparked my [lifelong] interest in genealogy. Jim Stover was my eleventh grade English teacher, and he set high expectations for students. I became a stronger writer and developed greater confidence in my work because of him. I was a member of the glee club for four years with Mr. [Ed] Huey, which enhanced my appreciation of music. When the arts are involved, it is always an added bonus."

Smith is quick to credit English instructor and Model U.N. coach Fontaine Alison for any success he had as the forensics coach during his Baylor tenure. "She had prepared students so well and Baylor students are so talented, that I simply pulled out what was already instilled in them."

Smith worked at Baylor from 1993 to 1997. "The only reason I left was that I wanted to attend graduate school to deepen my knowledge of educational inequality and find ways to combat it. It was such an honor to return to Baylor, to give back in a faculty role."

He entered a one-year master's degree program in administration planning and social policy at Harvard University. "But I became so engaged that I spent another five years at Harvard conducting research and serving as a teaching fellow." Smith's dissertation for his Ed.D. — prompted by his time at Baylor when he was one of few black students — was about skewed groups.

After completing his graduate degrees, Smith consulted with organizations associated with public schools in Boston and Cambridge, Mass. He then moved to Washington, D.C. His first position there was a four-year stint as the associate director of the American Council on Education Fellows Program, a program designed for tenured college faculty members interested in becoming college presidents.

In his next role, Smith was hired as a special assistant to the District of Columbia's State Superintendent of Education. His job was to help consolidate state level functions after the D.C. mayor took control of the city's public schools. He was promoted to division chief and then named assistant superintendent for the division of postsecondary education and workforce readiness.

After a year and half in the mayor's office, Smith was informed about one of the few openings that would tempt him to leave that job — an opening as chief of staff to the assistant secretary (a presidential appointee) for the Office of Vocational and Adult Education. The OVAE distributes $1.2 billion annually to states to improve secondary and postsecondary career and technical education programs and helps workers attain basic skills and English proficiency. Smith wanted "to have the opportunity to support the President's 2020 goal where America will have the highest proportion of college graduates in the world again."

In March 2011, Smith began his job as chief of staff at the OVAE, and he loves the work. He enjoys working collaboratively with colleagues, contributing to critical policy decisions for the nation, reaching for the very best, and "meeting the high expectations of people like Stover."

"I give Baylor quite a bit of credit for helping to prepare me for my professional roles and my postsecondary educational success. I love reading about the current students competing at all levels. I love observing the school's increased diversity, national recognition, and international reputation." 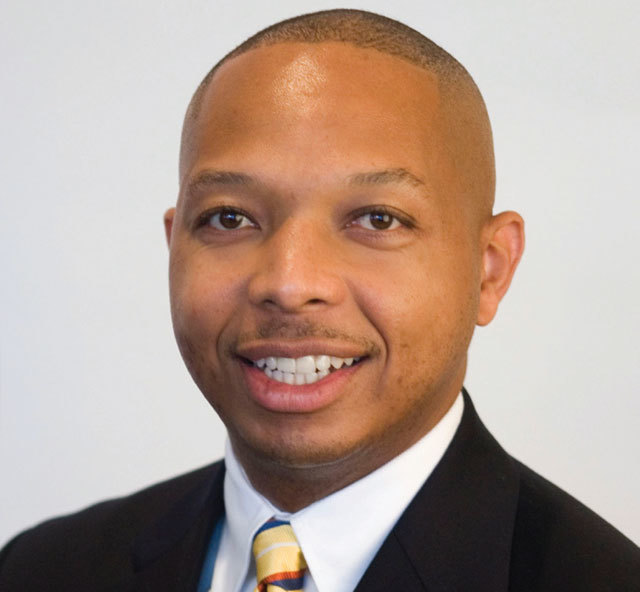