The combination of competitive drive and cooking didn't immediately click with Charles Mayfield '92, but once it did, it was only a matter of time before he had a best-selling cookbook on his hands.

The former Baylor athlete and boarding student says varsity basketball coach Austin Clark "tops the list" of people who influenced him as a student-athlete and who helped him learn "the value of working harder than the person next to me." Meanwhile, math instructor Dr. Dan Kennedy was lifting Lupton Hall spirits with home-cooked desserts for Mayfield and his other boarding advisees. "My high school years were more about putting as much food in my stomach as I could to support my hours on the court. There wasn't much thought to macro nutrients and the role they play in performance and hormonal balance."

Fast forward to 2008, when Mayfield and his wife, Julie, met Robb Wolf (New York Times bestselling author of The Paleo Solution) and his wife, Nicki Violetti, at a nutrition seminar in Jacksonville, Fla. While the Mayfields' interest in paleo cooking (no grains, gluten, legumes, or dairy) began gaining ground, a friendship between the two couples – complete with plenty of recipe exchanges – also began to grow. In 2010, Wolf asked the Mayfields to write a cookbook, and in September 2011 Paleo Comfort Foods: Homestyle Cooking for a Gluten-Free Kitchen was published. By November it had reached the top 100 books sold on Amazon.com, and it is now in its third printing. "We have been simply amazed at the feedback and response by everyone who has purchased the book," says Mayfield.

In addition to the cookbook venture, the Mayfields are co-owners of the BTB gym in Smyrna, Ga., where they teach classes to "all shapes and sizes of people," and Mayfield works as a partner and financial planner with Chappell, Mayfield and Associates. Ironically, while many young American couples work at figuring out ways to spend less time cooking, the Mayfields tend to gravitate toward it as much as possible. "Some of our most cherished time together is in the kitchen, and some of the most fun we had making the book was when we worked on recipes together." 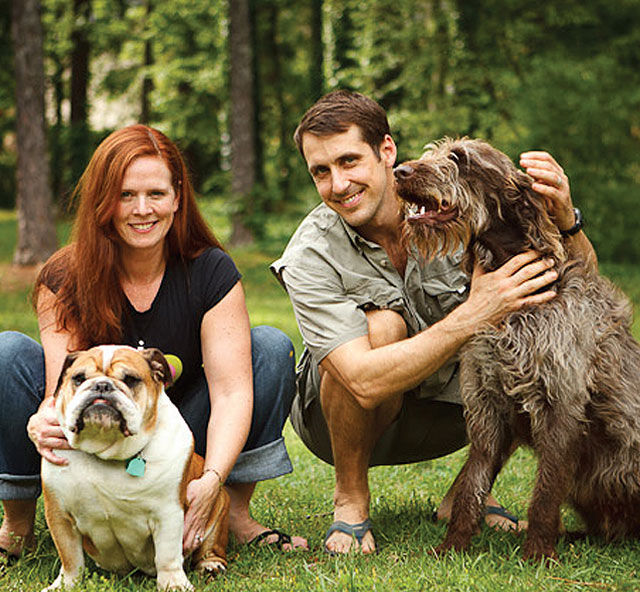