Arthur Golden's first novel, Memoirs of a Geisha, took the literary world by storm, and is well on its way to critical acclaim in Hollywood.

After Arthur's first novel was published in the fall of 1997 to great critical acclaim, it stayed on The New York Times' bestseller list for several months and sold over half a million copies. It was published in trade paperback by Vintage Books in January 1999 and dominated The Times' paperback bestselling list. In December of 2005, it was released as a major motion picture directed by Rob Marshall, whose movie Chicago won an Oscar in 2003.

Mr. Golden's interest in the written word dates to his Baylor years. The son of former Chattanooga Times publisher Ruth Holmberg and the great-grandson of the late New York Times publisher Adolph Ochs, the six-year student was an associate editor of The Baylor Notes student newspaper and a member of the Round Table literary discussion group, and he contributed to Baylor's prestigious Periaktoi literary magazine.

Upon a recent visit to Baylor's campus, where he spoke with English students, Arthur said it's gratifying to be told your writing is beautiful, but he wants his writing to be, above all, effective. Arthur says that a writer must recognize that he is in the driver's seat and therefore has the power to tell a story in such a way that it affects the reader.. 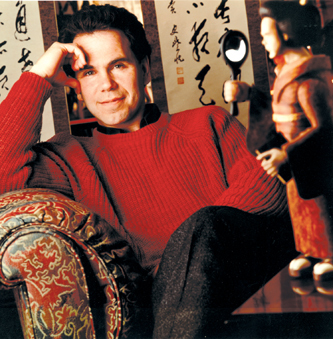