Senator Andy Berke '86 and his best friend and Baylor classmate, Chad Waldorf '86, debated about politics when they were Baylor stu­dents, and they still do today. Waldorf is very involved with the Republican Party in South Carolina while Berke, a Democrat, represents Tennessee's 10th District in the State Senate.

Although he did not have political aspira­tions, Berke majored in political science at Stanford University with the intention to study law. As an under­graduate, he secured an internship in the Washington, D.C. press office of Iowa Senator Tom Harkin. Immediately after graduation, Berke worked for Congressman Bart Gordon from Murfreesboro, Tenn. as his legislative assistant, researching issues such as transpor­tation. Gordon, who was elected at a very young age and still serves in the House, continues to be a mentor to Berke.

In 1991, Berke entered the University of Chicago Law School. A new lecturer arrived the next year, and Berke was impressed with him when they were introduced by a mutual friend at a party. The lecturer was Barack Obama, and Berke jokes, "If I had known he was going to be President, I would have kept in touch with him."

After law school, Berke clerked for a federal judge at the Fifth Circuit Court of Appeals in Lawrence, Kan., helping her research and write opinions. He hadn't intended to join the Chattanooga law firm established by his father, Marvin Berke '55, and uncle, Ronnie Berke '63, but soon realized that Chattanooga was truly his best option. "It's a great place to live and to practice law and the kind of place where I could actually help people," said Berke. "It's hard to do that at a big impersonal law firm, but in Chattanooga, I'd always seen law prac­ticed as 'people come in, they have a problem, and you try to help them solve it.' That's what I think being a lawyer is all about."

After turning Berke and Berke into Berke, Berke, and Berke in 1995, he became involved in local political races until he realized "that the time might come when I would want to be the candidate rather than the person helping the candidate. In 2007, when my cur­rent seat opened up, I dove in."

Because it was a special election, Berke had a short time frame in which to conduct his campaign. In the race against fellow Stanford alumnus Oscar Brock, Berke won by just under 27 percent of the vote and became the representative for half of Hamilton County and all of Marion County. When he ran for re-election in 2008, Berke took 70 percent of the vote.

Passionate about improving education for all children, Berke now serves as secretary of the Senate's education committee. He is equally committed to cultivating economic development opportunities and recently was appointed by the Governor to the state workforce de­velopment board.

Berke is up for re-election in 2012 and says of his future, "My simple plan is to work as hard as I can for the next two years and make decisions as they come along." 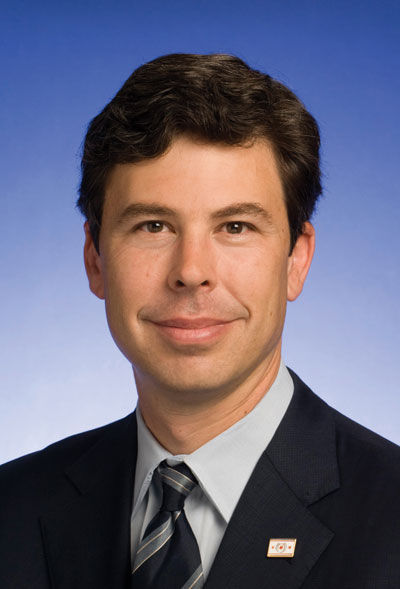