"I can credit [English teacher] Jack Murrah for sharpening my love of language."

If you lived on Outlook Drive in Pittsburgh, Penn., in 1963 and you were mourning a pet hamster or planning a dream vacation to Tahiti, your neighbors probably knew all about it. After all, most of them were readers of The Outlook Outlook. Its nine-year-old editor-in-chief, Alan Murray '73, trolled the lane with pad and pencil interviewing neighbors and planning each weekly issue. His mother typed the articles, and the five-cent community newspaper was produced on a mimeograph machine (which will summon olfactory memories for readers of a certain age).

When he was nine, Murray, his two brothers, Lee '71 and Ned '79, and his parents moved to a mountain with a view of Chattanooga. With just a little tweak to the masthead, Murray's newspaper was back in business as The Lookout Outlook.

Although he arrived on the Baylor campus with impressive writing chops, Murray says, "I can credit [English teacher] Jack Murrah for sharpening my love of language." Murray considers Murrah, advisor to The Baylor Notes, the teacher most influential in his life. "He had a passion for writing and poetry and would jump up and down in class over a poem. He certainly helped give me a passion."

Murray still follows via social media three other teachers he remembers as excellent instructors: his eighth grade English teacher, Ray Deering; Lewis Rush, from whom he took many math courses; and history and English teacher Bill Cushman '59. Unfortunately other Baylor mentors have passed away. "[Faculty advisor to the yearbook] Bruce High had a sense of humor and cared so much about the kids. He became a good friend. [French instructor] Madame [Mireille] Scheni was one of the people I kept in touch with after I left, and [history instructor] Stan Lewis was really a delight."

Murray attended UNC-Chapel Hill as a John Motley Morehead Scholar. He earned a bachelor's degree Phi Beta Kappa in English and edited The Daily Tar Heel. He then earned a master's degree in economics at the London School of Economics.

Murray believes that journalists should gain an appreciation for language and knowledge of the world rather than attend journalism school. His success in his field certainly makes a case for this approach.

In 1977 Murray returned from London to Chattanooga to become business and economics editor of The Chattanooga Times. From there Murray had two stints as a reporter for The Congressional Quarterly in Washington, D.C. He reported for The Japan Economic Journal in Tokyo for a year on a Luce Fellowship. He spent almost 30 years at The Wall Street Journal in Washington, D.C., and New York City; his titles included Washington bureau chief and executive editor, online. Also listed on Murray's impressive resume are co-host for three years of a nightly public affairs television show on CNBC (while writing a weekly column for The Wall Street Journal), author or co-author of three books, and recipient of a number of prestigious press awards.

In the summer of 2012, a search committee approached Murray about an opening for president of the Pew Research Center, a nonprofit organization with an annual budget of $33 million. "Politics and media have become so polarized. The Pew Research Center is one of the few institutions left that is trusted by both sides of the aisle. I was very attracted to that," said Murray. "I've always wanted to run my own organization," he added. He took the helm of the organization in January 2013.

Although the Pew Research Center may be best known to readers for its opinion polling, demographic research and social science research, Murray doesn't consider his new position a departure from what he knows best. "Journalism is in a good bit of trouble these days. The economic model has broken down. Pew has a different economic model. We pride ourselves on being providers of non-partisan information — journalism at the highest level," explained Murray. 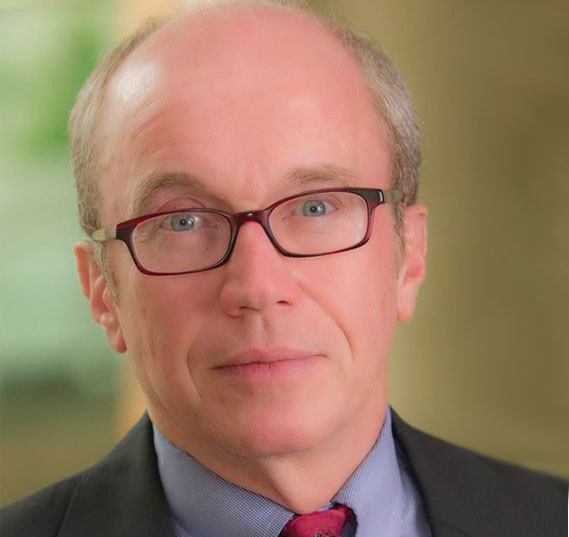